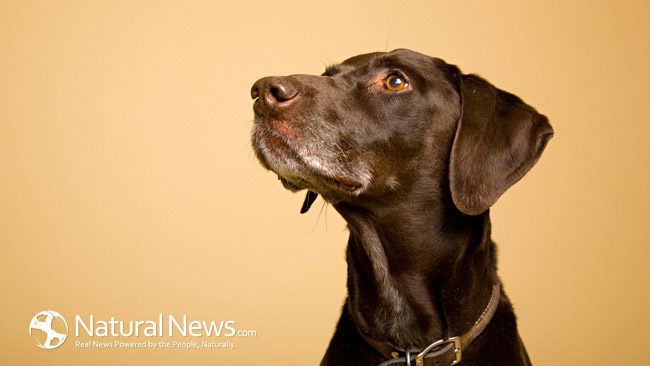 Dogs are considered part of the family for most of us. However, a variety of things people do actually annoy dogs. You may be surprised to find that dogs really would like us to stop doing some of the most common things we do to our canine friends.

Things people do that annoy dogs

Though dogs are unable to speak, they communicate with us with their body language. A dog’s eyes, tail, body, ears, and the corners of their mouth are used to show how they clearly think and feel.

Here is a list of things many of us do that annoy dogs. You might find some of them quite surprising.

Being patted or petted on the head

Most people believe dogs love to be petted or patted on their heads. Even though most dogs will accept someone close to them patting or petting them on their head, they really don’t like it.

Dogs have a tendency to turn away slightly when someone reaches out his or her hand to pet them on their face or head. Dogs consider their face and head their personal space — just like humans do.

The correct way to show affection to a dog is to gently pet the dog’s back or behind — never pat them.

Just like people, dogs have their favorites when it comes to friends. By observing a dog’s body language we can tell whether a dog really wants to associate with people or other dogs.

For example, you can tell what state of mind a dog is in by observing their body language. A dog will show they are actively alert and interested in what’s going on around them a variety of ways.

The dog’s ears will be pointed sharply forward. They will have a closed and tense mouth with eyes focused straight ahead. They will also lean forward with their body, while they ignore the leash pressure.

If a dog is forced into a social situation, they may lash out by biting or fighting. They give us clues – growling, avoiding, ignoring, and the clearest sign — showing their teeth.

Dogs do give signs they want to be left alone. And, in most cases, it’s best not force them to socialize in dog parks, or when meeting a total stranger, when a dog shows signs of being angry. By reading your dog’s body language, you’ll be able to tell whether he or she wants to be left alone.

One of the most surprising things that people do that annoy dogs is hugging. Dogs do not like to be hugged. Humans love to express their joy, happiness, compassion, support, and other emotions with a hug. Hugging is natural for most of us.

However, dogs evolved different for humans — they don’t have arms and they never hug. Additionally, dogs show their dominance by placing their paw or foreleg over the back of another dog.

Many of us see images of a smiling child hugging a golden retriever. The dog seems to accept the hug. In fact, a dog may accept the hug of someone they trust and are not threatened by, and react entirely different with another family member. However, dogs interpret the act of hugging as a sign of dominance. Many dog bites occur when a child reaches out to hug a dog.

For example, most people come home after a hard day’s work and start to prepare dinner, relax in a chair or on the couch, or straighten up their home. The routines we engage in are some of the biggest things that annoy dogs. The family pet has been waiting all day for us so they can have a little fun.

Dogs show how bored they are by chewing shoes, getting into boxes, closets, or trashcans, and chewing on table legs, for example. It’s important to stimulate their minds and bodies to help break the boredom they endure.

Take them for a walk, play a game with them and their favorite toy, or teach them a new trick. Teach them how to help you clean up by scattering their toys all over the house or apartment. Have your dog find each toy. Give them a reward when they put each toy in a basket.

Working on old tricks and helping your dog learn new tricks for 15 to 30 minutes each day helps to stimulate your dog’s mind, as well as his or her body.

Unfortunately, most people take their dogs out for walks for potty breaks and exercise. However, just going for a walk for these simple reasons is upsetting to the pet. A dog’s nose helps them see. Dogs become annoyed if they keep going for walks on the same path every day, without being able to smell a flower, or a tree, or something they find interesting.

Dogs appreciate going somewhere they’ve never been before. They like hiking through a different trail or neighborhood. On their journey, they also like to be able to sniff a particular spot — maybe for a few minutes. These opportunities help to stimulate their mind and senses.

Every dog owner wants a well-behaved, healthy dog. A dog’s unconditional affection and loyalty is admired and adored by many. While it’s important to train our dogs to ensure their safety, we also want to improve our lives and enhance our relationship with them.

We want our dogs to be obedient and behave. Many of us spend hours training them to achieve this goal. We want them to be well fed and happy, as well.

But we also have to do our part by respecting the concerns of our pets. When we take into consideration and positively act on the things that annoy dogs, we become more successful in forming a greater bond with our canine friend