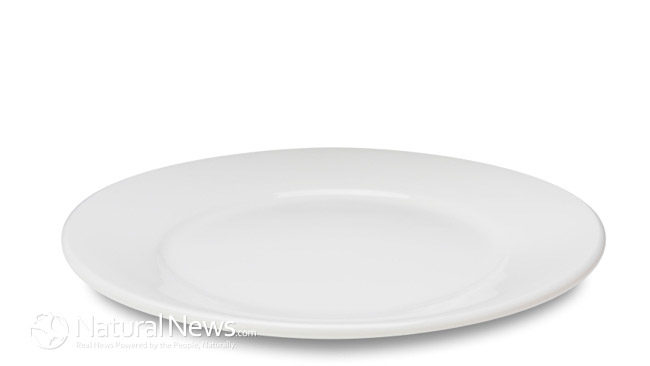 As January rolls around each year gyms around the world buzz with a massive leap in members. Weight loss books, supplements and equipment *all* spike early in the year, thanks to all those New Years resolutions.

Sadly, though, by March or April, the gyms have normally returned to their former occupancy levels. Many of the new members – who started off with the very best of intentions – have fallen by the wayside. The reasons are many, but one of the most common of all is simply lack of results. After all, losing weight is hard work, and if you find that you’re not actually getting results despite your hard work it becomes all too easy to quit.

Trying to lose weight therefore isn’t enough for many people; we need results to help keep us motivated. We need to see the needle on the scales dropping each week if we’re to put up with all that exercising, not to mention eating salads when we’d rather have pizza.

In this article then we’re going to look at some simple – yet highly effective – ways to lose more weight this year. We all know that exercising regularly and cutting out junk food is good, but what else can we do to super charge our weight loss?

With obesity being such a major health problem around the world, and with weight loss being a major industry, it should come as no surprise that scientists have carried out all manner of experiments over the years. A few of these have been rather surprising. Take the size of your plate as an example…

Scientists found that the amount of food we serve ourselves is directly related to the size of our plate. The bigger the plate, the more food you’ll likely dish up. You’re also likely to finish this plateful, irrespective of when you’re actually satiated.

However – and here’s the magic – the reverse is also true. When we use smaller plates we naturally serve ourselves less food without even realizing it. The same studies found that those subjects given smaller plates also felt just as full at the end.

Surprising as it may sound then, investing in smaller plates (and bowls and cups) can actually help to play subtle tricks on our brains and encourage us to consume less food without feeling any worse off from it.

Let’s be totally honest here; chocolate tastes good. No point in lying to ourselves. Pizza too, quite frankly, and all manner of other goodies. In fact, most of the things we shouldn’t be eating on a diet taste great – which is why avoiding them can be such a challenge.

Many dieters find that while the first few weeks of a diet are easy, we all too soon find ourselves being tempted into eating the wrong foods. Soon enough we’re standing on the scales, wondering why we haven’t lost much weight, and considering quitting.

The best way to avoid temptation is simply to eliminate it. That means removing unhealthy foods from your fridge and your cupboards. When you get home from work starving hungry, or wake in the night, we don’t want the first thing you see to be a candy bar; that’s just asking for trouble.

But if your cupboards contain only healthy, nutritious food then you won’t have to avoid temptation. If you’re hungry you’ll either have to eat the healthy foods present or go to the trouble of going out for that naughty treat you fancy. Normally, you’ll just settle on the healthy option.

While this may sound a bit harsh, removing temptation from your home entirely can be an excellent way to avoid those little treats that can otherwise be the difference between success and failure on a diet.

Here’s another interesting study that scientists have repeated time and again. The researchers measured how much popcorn people ate when watching TV, and how much when they sat down at a table without any distractions. Unsurprisingly the scientists found that people who were focusing on other things tended to eat far more than people eating without interruptions.

Be honest; how often do you eat something – anything – while watching TV, reading a newspaper, fiddling with your phone, chatting to a friend or suchlike? If you’re like most people that’s likely to be pretty much every meal. Every meal in which you’re eating more than you need, without even realizing it. No wonder we put on weight so easily.

So-called “mindful” eating therefore aims to take away these distractions during eating. Instead you focus intently on what you’re eating – the smells, the flavors, the colors and so on. You concentrate on your food and nothing else, savouring and exploring every bite.

In doing so, not only do most people enjoy their food far more, but you will also likely eat far less by being more consciously aware of how full you feel and how much food you have actually eaten.

Let’s be straight; the two core elements for losing weight are a healthy, low calorie diet and regular exercise. However there are also a number of ways to “super-charge” your results. Fat binding supplements are just one such example, having been proven under clinical trials.

In essence drugs like Beacita Orlistat prevent the body from digesting the fats consumed even on a healthy diet. Studies have shown that such supplements may allow up to a third of the fat you consume to pass harmlessly through your gut.

In this way even people on healthy diets can see greater results. However it is important to appreciate that fat binding supplements are not a magic cure – and if used they should be *in addition* to a healthy diet, as opposed to instead of it.

One final way to lose even more weight this year is to increase the level of protein in your diet. Studies have shown that protein does an excellent job of making us feel fuller for longer; in essence protein acts as an appetite suppressant.

If you’re looking to consume fewer calories without feeling hungry then eating plenty of protein – such as eggs and meat – can help you to feel fuller for longer and naturally cut down on the volume of food that you consume.

Paige is passionate about natural health. She has spent years reading about, and testing, a range of natural supplements and health programs with the aim of helping her body to naturally repair itself.