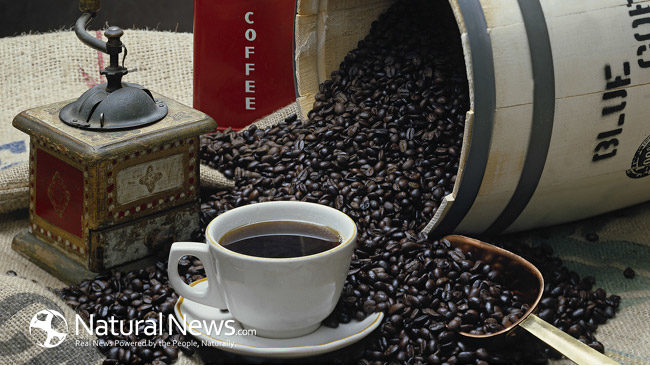 Caffeine – it’s the world’s drug of choice. No matter where you go, it’s become the most used drug by humans today. What used to be found in just coffee and soft drinks has now expanded into a huge industry with energy drinks, shots, and pills marketed to give you that “extra boost” of energy needed to get through your day. However, are these products safe for our consumption? Sure, some caffeine is beneficial, but there comes a point where it can be overdone. Below are five ways caffeine is slowly damaging your health.

Caffeine Can Damage Your Cardiovascular System

From high blood pressure to rapid, or irregular, heart rates, current studies suggest the over consumption of caffeine has the potential to produce harmful effects on your body’s cardiovascular system such as causing a heart attack or stroke. It has already been established through research that moderate caffeine use stimulates the cardio vascular system by elevating blood pressure. This is enough to cause concern among many health officials that caffeine is not to be over used – particularly by individuals who already suffer from cardiovascular issues.

Consuming 300mg to 400mg is shown to increase anxiety and tension in individuals and can cause negative effects on cognitive function. Consuming even higher doses and can create reactions similar to that of an anxiety and panic attack and even lead to hallucinations. Certain individuals suffering from anxiety and panic disorders are encouraged to stay away from caffeine, while other individual’s are only encourage to consume the drug in moderate doses such as 190mg (about two cups of coffee) per day.

People who consume too much caffeine can put themselves at risk for Type 2 Diabetes – especially when consumed heavily sugared. The drug impairs your body’s ability to metabolize glucose, which in can increase your risk for the disease as well as create more problems for those already suffering from it.

Women who drink large amounts of caffeine are at a 70% increased risk of developing incontinence than women who don’t. While we already know that caffeine is a diuretic (causes you to pee more) and can dehydrate you as a result, a study from the University of Alabama suggests that over consumption of caffeine can lead to bladder leakage.

While most people think that ulcers are most commonly the result of stress, caffeine has been proven to aggravate the condition. By stimulating the production of pepsin and acid in the stomach, caffeine increases the risk of ulcer development.

Therefore, when it comes to a choice of drinking caffeinated beverages over water during the day, we suggest you reach for a good old glass of H2O (or bottle). Small amounts of caffeine are good for your health; it’s been proven to improve cognitive function and helps give you an energy boost for your daily needs. However, it’s also true that too much of a good thing can be bad for you – especially when it comes to caffeine. Over-consumption leads to a host of health issues. Stay away from those energy drinks, and if you are a heavy coffee drinker, consider slowly reducing the amount of coffee you drink over a period of weeks to reduce your dependency that caffeine has caused. Trying to stop cold turkey by abruptly cutting it out of your diet can also have negative health effects – creating terrible withdrawal symptoms. Live well!

Alesia Hsiao suffered from caffeine addiction yet luckily, she did not develop any negative health effects. She monitors her health in general thanks to her California affordable health insurance.

Alesia is an avid reader and bookworm. When she is not playing hide and seek with new research at her university lab she is keeping herself busy writing for NaturalNews. She also writes for QSP as a virtual assistant