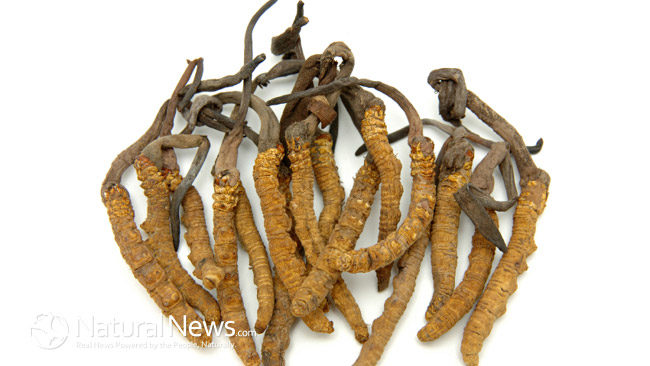 Particularly when cold and flu season rolls around every year, people get very interested in ways that they can help ward off these infections. The best ways to do this tend to be natural ones which strengthen and support the body’s own immunity and which make it easier for it to fight off infections. Many such natural remedies, such as Echinacea and Vitamin C are well-known; below, however, are five viral remedies you may not have heard about yet.

Long used in China, but less well-known in the West is the mushroom cordyceps. It is best known in Chinese medicine for its ability to treat heart disease due to the fact that it can help to regulate both blood pressure and cholesterol levels, both of which are risk factors for many heart conditions. However, it has also proven useful at treating infections caused by the hepatitis virus.

This compound is actually a kind of fiber which is derived from the larch tree and is also not very well-known. However, researchers in Germany have found it to give a powerful boost to the immune system and improve the chances of successful fighting off a variety of viral infections. It can be found in most health food stores or ordered online. A recommended dosage is between 1500mg and 2000mg daily.

This unusually named herb has been the subject of much research and has proven to be effective against many serious viruses, including adeno virus, Epstein Barr, SARS, polio and avian flu viruses. It is best taken as a tincture and has been in widespread use in China for around 2,000 years. However, because it enhances the absorption of other herbs or medicines taken with it, be sure to let your doctor know you are taking this herb so they can adjust the dosage of your other medications if necessary.

This is one remedy that more and more people are starting to hear about and this fermented drink is becoming much more popular, so much so it can be found in many regular grocery stores. Its immune-boosting properties come largely from its probiotics: this probiotics help to keep a healthy colony of flora in the guts which modern medicine now knows is crucial for the body to successful fight off disease, including viral infections.

This spicy, cabbage-based food is the national dish of Korea and, like kefir, is fermented and is a great source of probiotics to populate the gut and enhance the body’s ability to eliminate viruses (and other pathogens) before they can cause infection or illness. The probiotic Lactobacillus plantarum, which kimchi is rich in, has proven to be particularly effective as an anti-viral.

The remedies above may sound unusual. However, some of them have a long history of medicinal use and all of them have been proven to be highly effective in fighting off viral infections. As cold and flu season comes around, you should definitely keep these natural remedies in mind.

7 Habits that Can Affect Your Metabolism

15 Ways to Flatten Your Belly