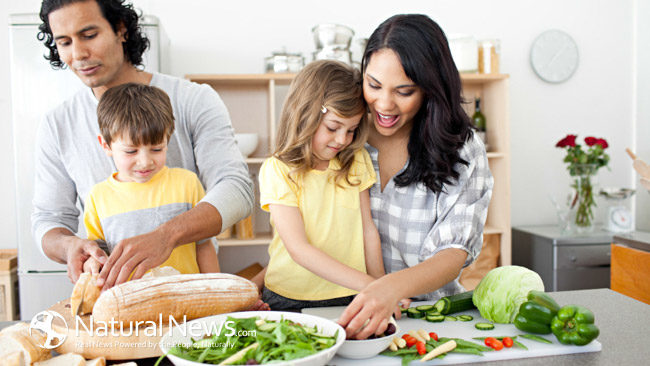 The popular belief of the 5-second rule states that food dropped on the floor for less than five seconds is “safe” to eat, because bacteria needs time to transfer.  However, a recent study, suggests otherwise.

Perhaps you’ve been faced with this decision.  You accidentally drop a morsel of food on the floor.  Rather than picking it up and discarding it, you assume it will be safe to eat if you pick it up quickly — within five seconds.

Recent research recommends the wisest choice is to discard the food.  The ‘5-second rule’ does not save your food from foodborne bacteria.

According to the Centers for Disease Control and Prevention (CDC), close to 1 in 6 people in the United States get sick each year due to foodborne illness.  That equates to nearly 48 million people. And about 128,000 people are hospitalized and 3,000 die of foodborne diseases.

Bacterial cross-contamination from surfaces to food can contribute to foodborne disease.  And food that falls on the floor can become contaminated, as well.  Nevertheless, for years, the practice of the ‘5-second rule’ has convinced many people to believe it’s safe to eat food that has fallen on the floor — as long as you pick it up within five seconds.

And previous studies suggest that the 5-second rule is scientific fact — that “bacteria need time to transfer.” However, research on this rule is limited in peer-reviewed journals.

Researchers led by Prof. Donald Schaffner, of Rutgers University noted they wanted to investigate the practice of the 5-second rule further to determine whether picking up food within five seconds is fast enough.

Prof. Schaffner notes, “We decided to look into this because the [5-second rule] practice is so widespread.  The topic might appear ‘light’ but we wanted our results backed by solid science.”

In their investigation, the team of researchers used varying surfaces and contact times.

The type of bacteria used in this new study is called Enterobacter aerogenes — a “cousin” of Salmonella that naturally occurs in the human digestive system.  The team also used either peptone buffer or tryptic soy broth to grow the bacteria.

Once the bacteria were cultivated, the researchers spread them on the varying surfaces.  Then, they allowed the preparation to dry before dropping the food samples on various surfaces.

The team evaluated transfer sequences for each food, surface, contact time, and bacterial preparation. The researchers experimented with 128 scenarios and eventually completed 2,560 measurements.

Results showed that watermelon had the most contamination — whereas gummy candy had the least. The researchers also found that moisture affects bacterial transfer from surfaces to food.

Carpet had a lower transfer rate, when compared with stainless steel and tile.  Additionally, the transfer rate from wood was somewhat variable.

“Bacteria don’t have legs — they move with the moisture.  And the wetter the food, the higher the risk of transfer. Also, longer food contact times usually result in the transfer of more bacteria from each surface to food.”

The researchers concluded their study by noting that, although longer contact times result in an increase in bacterial transfer, “other factors including the nature of the food and the surface are of equal or greater importance.”

They also added that their findings disprove the 5-second rule.

“The 5-second rule is a significant oversimplification of what actually happens when bacteria transfer from a surface to a food. Bacteria can contaminate instantaneously.”

For your review, the American Society for Microbiology’s journal, Applied and Environmental Microbiology published this new study titled, “Longer Contact Times Increase Cross-Contamination of Enterobacter aerogenes from Surfaces to Food.”