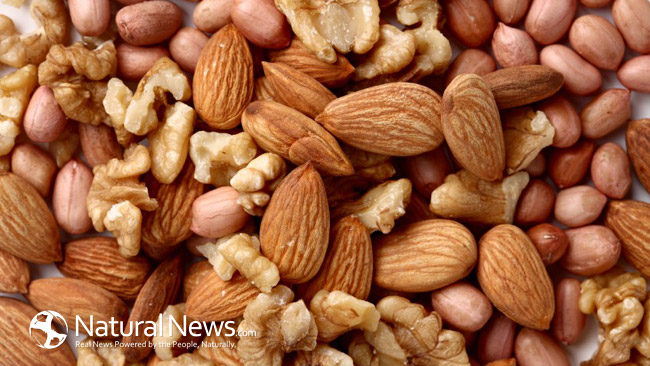 Ibuprofen is a popular pain reliever which belongs to the class of medicines known as non-steroidal anti-inflammatory drugs; it is currently available in both over-the-counter and prescription strengths. It is a common treatment for maladies such as menstrual discomfort, arthritis flare-ups and headaches. While it is affective as a pain reliever, it can also carry with it a number of side effects such as gastrointestinal damage and an increased risk of heart attack and stroke. Below, however, are five natural alternatives to ibuprofen which give you the relief you need while avoiding unwanted complications.

The powerful anti-inflammatory properties of this Indian plant are attributed to its boswellic acids, which have been shown to improve circulation, including to the joints, and prevent inflammation by deterring white blood cells from entering the affected tissues. It is available in most drug stores as a topical cream and is also known as “Indian frankincense”.

This compound, which is what gives chili peppers their trademark heat, can be used topically to treat pain of the nerves, muscles and joints. It has been found that its analgesic benefits come from the fact that it interferes with pain signals to the brain. It available in creams or gels of varying strengths, though it is necessary to wash hands thoroughly after use and avoid contact with the eyes.

The active ingredient in the popular spice turmeric works to stop pain by blocking proteins that can contribute to inflammation and also stops neurotransmitters from sending pain signals to the brain. It has the added benefits of being linked to a decrease chance of developing Alzheimer’s as well as certain forms of cancer and can be taken as a pill or by adding turmeric to the diet.

This fatty acids, found in sources like salmon and other cold water fish and some nuts like walnuts, are powerful anti-inflammatories which have proven beneficial for people with arthritic conditions or digestive problems like inflammatory bowel disease. It also can help improve cardiac health through lowering blood pressure and acting as a natural blood thinner.

This bark’s active ingredient is salicin, which is converted in the stomach to salicylic acid, the same active ingredient as aspirin. While white willow bark shares anti-inflammatory and analgesic properties with aspirin, however, it will not irritate the stomach like aspirin is apt to do and can be used daily to relieve pain, inflammation and fevers. It is generally taken as a tincture, diluted in water.

Ibuprofen may be an effective analgesic, but it can also create serious problems that are best avoided. The natural alternatives mentioned above do not come with such complications, but can provide the same pain control and relief from inflammation.