5 Herbs and Mineral to Balance the Hormones 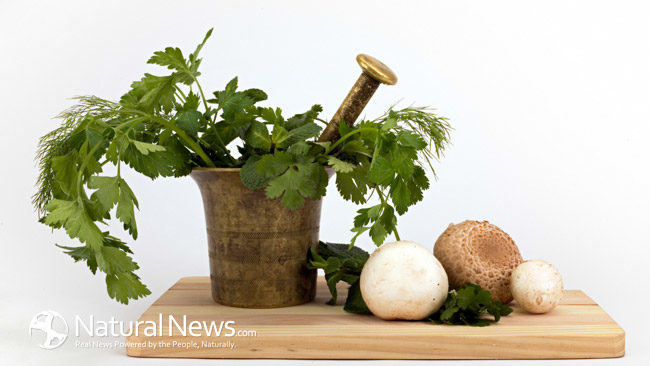 Hormones do more than regulate sexual function: they can influence every bodily system and therefore hormonal imbalances can lead to a multiplicity of problems throughout the body. Modern medicine is only in recent decades becoming aware of the essential roles that hormones play in overall health, but herbalists and naturopaths have long been aware of this and have used several herbs and minerals to help address hormonal imbalances. 5 of the most common ones are listed below.

One of the most popular and well-known herbs for treating mild to moderate depression, St. John’s Wort is an especially effective treatment for women. It has been known to reduce symptoms of depression related to lower estrogen levels that occur at the end of the menstrual cycle or at the onset of menopause. Studies have shown that daily doses of between 900 and 1,200mg can be as effective at treating estrogen-related blues as many prescription anti-depressants but without the side effects. It can also reduce by half unwanted PMS symptoms.

Long used as a “women’s herbs” by Native Americans, many modern women are also discovering its benefits. In a recent study from the Annals of Internal Medicine, three out of four women studied reported that daily use of black cohosh eased hot flashes associated with perimenopause. It is also a good choice for women with a history of breast or ovarian cancer, as it does not stimulate the estrogen receptors in the body.

This amazing plant grows in North America, Europe and the United States and is another highly popular women’s herb. By increasing progesterone levels in the latter half of a woman’s menstrual cycle, it can help treat irregular periods and normalize blood flow. Like many herbal supplements, more research is needed to fully understand this herb, but so far it is not associated with any serious side effectis.

Magnesium as a supplement seems only now to be coming into its own as modern medicine realizes how important it is to functions from mood stabilization to expansion of veins and arteries to stabilization of cells, all of which are important in the PMS phenomenon. In several different studies, it was found that magnesium supplementation helped relieve some of the more irritating PMS symtoms, such as bloating, depression and sore breasts.

Mostly calcium is advocated by women’s health practitioners as a guard against osteoporosis. While this is certainly important, it is not so well known that calcium supplementation can also reduce the cramps, water weight gain and emotional lability that can accompany PMS and many researchers are beginning to suspect that there is a link between severe PMS symptoms and a calcium deficiency.

Hormones regulate all aspects of the body, in ways that some researchers are only just begining to appreciate. Use of these herbs and supplements can help restore hormonal balance and nourish a woman’s health both during her fertile years and during and after the onset of menopause.