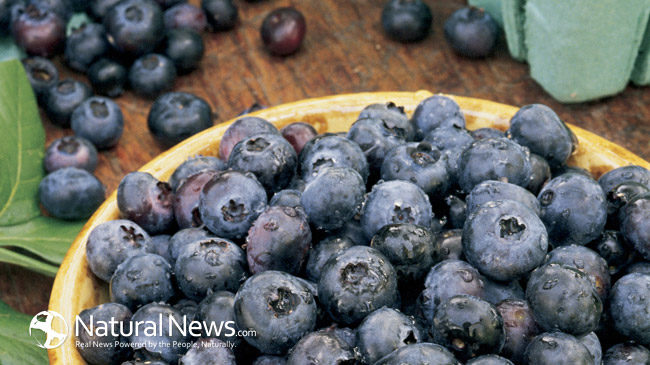 Joint pain is one of the greatest inconveniences that can hamper our mobility and decrease the zest we feel for life as we get older. It manifests in symptoms of inflammation which is typically characterized by redness, swollen joints that are warm to the touch, loss of joint function and joint pain and stiffness.

In its worst form, joint pain is a precursor to rheumatoid arthritis. Rheumatoid arthritis, caused by an overactive immune system, is especially scary, since the medical protocol can be quite intense (such as chemotherapy and other therapies which suppress the immune system). To protect your well-being and your pocket, it is advisable to turn to natural remedies in herbs to treat inflammation as well as herbs which cleanse the blood and strengthen the body in general.

The sweet fruit contains an array of phytonutrients which act as antioxidants and anti-inflammatory compounds in the body, staving off such problems.(2)

In fact, a study published in a 2014 issue of the Journal of Agricultural and Food Chemistry found that berries like blueberries play a role in chronic disease risk reduction. The findings of that study note that “Fruits, such as berries, contain polyphenol compounds purported to have anti-inflammatory activity in humans. Among the most notable polyphenols in berries are anthocyanins, responsible for their distinctive colors of red, blue, and purple.” The findings continue, recognizing that “Berries have been studied widely for their antioxidant properties; however, preclinical data suggest important effects on inflammatory pathways.”(3)

Broccoli has anti-inflammatory and anti-cancer phytonutrients that not only help relieve inflammation but which fight oxidative stress, keep allergies at bay and have the potential to eliminate carcinogenic compounds.(2)

Enjoy them raw or lightly steamed, as a side dish, chopped up in salads or even as an entire meal.

Turmeric is very effective in reducing inflammation of all kinds in your body. It also helps to relieve pain. It contains several chemicals that decrease inflammation in your body. They are very similar to NSAIDS drugs that are often prescribed for people with joint pain. This anti-inflammatory effect is one of the reasons that that turmeric is recommended to people with cancer, cataracts and also Alzheimer’s Disease.

Ginger is an anti-inflammatory and antirheumatic agent used in Ayurvedic medicine. Ginger extract blocks activation of inflammatory mediators such as COX-2 and TNF, as well as suppressing the inflammatory prostaglandin E2 pathway. In a two-and-a-half-year study that investigated the effects of powdered ginger on people who had either rheumatoid arthritis or osteoarthritis, approximately 75 per cent of the patients experienced pain relief and decreased swelling, and there were no reports of adverse effects.

Flaxseed is an excellent source of Omega-3 in vegan form. It is very important to help you keep your immune system strong. It also is important to fight inflammation. The vegan aspect is important because animal fats can often cause inflammation in people with arthritis. You should try to put two tablespoons of flaxseeds into your diet each day. You should not heat or cook the seeds or the oil, as this will damage the Omega-3.

Beyond the Burn: Aloe Vera Health Benefits Seem To Be Endless

Blocked Or Stuffy Nose? 12 Home Remedies To Clear It