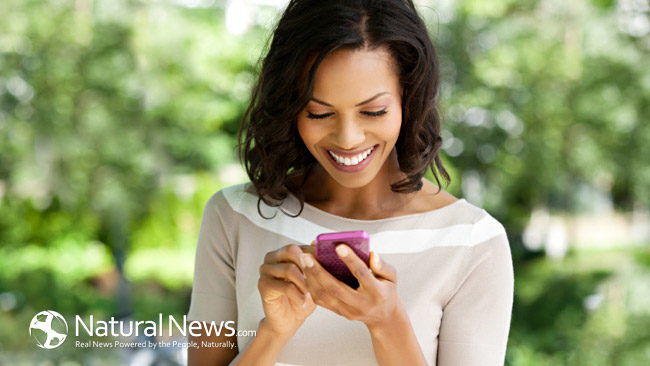 Cell phone radiation safety concerns are not just made up hysteria by the supposed tin foil hat wearing, hyper vigilant naysayers. Even though cell phone use is rapidly growing, with 4 billion users worldwide and is a permanent part of our daily lives, the dangers of prolonged, concentrated electromagnetic fields are legitimate health issues.

Proof that Cell Phone Radiation is Harmful to Your Health

It is rapidly gaining recognition as study after study are pointing to the negative health effects of cell phone radiation. Many European studies point to a link between health issues and cell phone exposure, even though American health institutions have been slower to conduct serious studies.

However, some experts in the field of wireless technologies and biological effects of EMFs certainly are convinced that there is no doubt that wireless gadgets, like cell phones, can cause a wide variety of health problems ranging from cancer to impaired fertility.

One such expert, Dr. Martin Blank, PhD, explains that human DNA is especially vulnerable to electromagnetic fields of all kinds. Studies have already shown a link to serious health problems like:

In 2011, according to the World Health Organization, EMFs (especially from cell phones) is now classified as a Class 2 Carcinogen. The EMF Experts, founded by R. Chris Young, Senior Electrical Engineer, state that, “Recent studies already show that EMFs (from cell phone radiation) actually heats the ear, jaw and cranium within 30 seconds when a user is holding it in normal speaking position.

This is the same energy, frequency range and type of heat used in microwave ovens, which can boil water in about a minute since it is more concentrated due to its containment and high power level.”

If this is the case, then it would be common sense to assume that we shouldn’t hold a phone that emits concentrated microwave raditation next to our brains, since the brain is made up mostly of water!

Of course, it’s almost impossible to function in modern life without a cell phone. So, what can you do to protect yourself from harmful cell phone radiation?

1. Keep your cell phone away from your body

Any distance from your body is better because the greater the distance, the less radiation your head and body absorbs. Only carry your cell phone on your body or in your purse when it is turned OFF to avoid radiation.

Also, don’t sleep with your cell phone under your pillow or turned on near your bed. Studies show that exposure to cell phone EMFs while a person sleeps lowers their melatonin levels (sleep hormone) and causes cell and DNA damage.

If you really don’t have to make that call on your cell phone, don’t. Texting is much better because cell phones don’t emit as much radiation when sending texts as they do when transmitting voice communication.

Even though you’re tempted to make calls no matter where you are, just because you can, doesn’t mean you should! Weaker signals make the cell phone work harder at tranmissions, therefore, you are exposed to a much larger dose of radiation. When signals are strong, there is less radiation emitted.

Even though a cell phone wired headset is not as cool as a Bluetooth or wireless version, it is ultimately the safest. It creates a distance between your body and radiation emissions that wireless devices do not.

5. Keep away from children

As tempting as it may be, don’t let children talk or use cell phones. Studies have shown that children are 2-4 times more susceptible to radiation damage than are adults. Their skulls are thinner and smaller, making it much easier for radiation to penetrate to the brain. Research has shown that it only takes minutes to do cell damage to children.

You may wonder if cell phone radiation shields can provide the same protection as these important recommendations. The jury is still out on whether they really provide protection.

On one hand, Robert Park, professor emeritus of physics at the University of Maryland and author of Voodoo Science: The Road from Foolishness to Fraud, asserts that, “It’s a scam…The claims they (proponents of shields) are making aren’t very clear, but they are certainly wrong,” he says. “I’d stake my reputation on it, such as it is.”

On the other hand, people like Richard Kaye, a former San Diego-based chiropractor and a Delta Shield business consultant is convinced they work. He says that the shield actually keeps his head from getting warm like it does without the shield.

In any case, the above 5 practical steps are proven to significantly lower your exposure to harmful cell phone radiation. Other things you can do are:

It may be difficult to change your instant communication habits because of the ease of cell phone use. However, it’s to your best health interest to regulate and avoid as much radiation exposure as you possibly can.