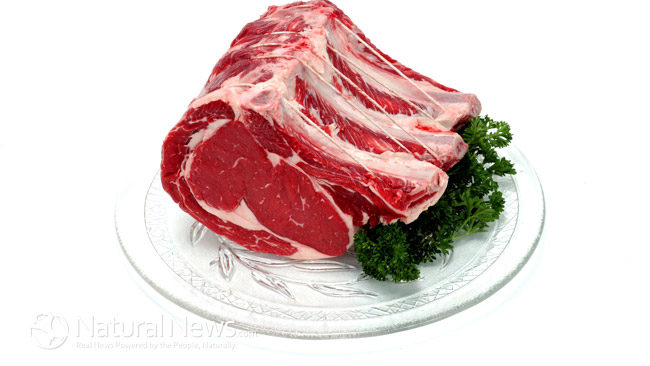 The differences between grass-fed and grain-fed animals are significant in nutritional, environmental, and ethical aspects.

I find it ironic that grass-fed is considered a “fad” when in actuality that is how cattle were raised for many thousands of years. Grain-feeding is a relatively new process and if anything should be the “fad”. In fact, grain-feeding provides no benefit for the consumer and only allows companies to churn out fatter cows at a quicker rate for increased profits.

The negative repercussions for this short-cut are far reaching. Grain-fed cows have less vitamins and minerals and live far shorter lives than their counterparts. Grain-fed dairy cows are lucky to last a couple years whereas pastured dairy cows can live 12 years or older.

Indeed walking through any Confined Animal Feeding Operation(CAFO) is enough to turn even the most stout individual into a vegan.

The environmental damage caused by grain-feeding is also disastrous due to emission of greenhouse gasses and soil contamination.

We are very quickly leaving unfarmable land to future generations just to make a quick dollar.

If the above wasn’t enough for you, here’s 4 reasons why you need to make the switch to pasture-raised animal products today:

CLA is a powerful fatty acid which exhibits promising cancer fighting abilities. It is primarily found in the fat of grass-fed animals. There is up to 5 times as much in grass-fed cows compared to grain-fed.

Grass-fed animals contain higher amounts of vitamins A, D, and E. They also have more minerals such as selenium. It’s difficult enough to reach recommended vitamin intake so this seems like a no-brainer already.

Consumption of the proper ratio of omega 6 to 3 is critical in brain health and prevention of inflammatory disorders. It is speculated that the widely unbalanced ratio in the American diet is contributing to the epidemic of inflammatory diseases we face today including heart disease and cancer.

The conditions of factory raised animals are deplorable and frankly just heart-breaking. I became vegetarian for nearly an entire year after witnessing what can only be described as a crime on nature.

As humans it is our moral responsibility to be good caretakers to the animals we spent so long domesticating.

Using an excuse that they’re just food is not acceptable. Such blatant disregard for life has implications that will run deep through the foundation of our culture.

So with that being said, find a local farmer where you can purchase pastured animal product and get started. Here’s some popular sites to aid in your search:

An Apple a Day Won’t Keep the Doctor Away