4 Common Toxins That Can Cause Brain Cancer 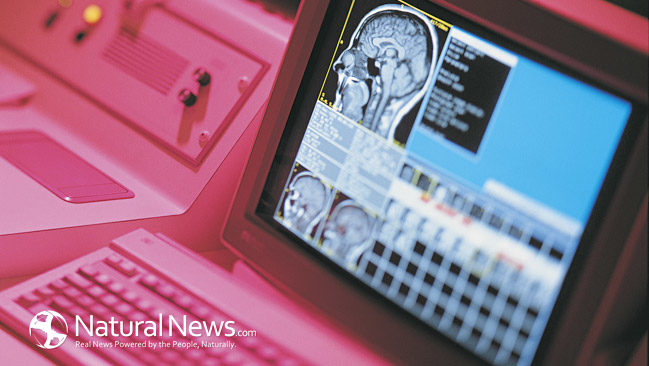 There are very few things scarier than a cancer diagnosis, but a disturbing trend has added another degree of fear to the whole fight against cancer. You see, if battling cancer is not enough, try adding in the complications of battling brain cancer. Then consider that a lot of kids are being diagnosed.

That’s a scary trend that needs to stop.

There are a myriad of factors to consider that can cause brain cancer, and the multi-faceted approach that needs to be considered may seem especially daunting at first. However, if you strongly consider removing the adverse effects of the 4 factors that can cause brain cancer below, you can start to shift the odds more in your favour so you and your loved ones can come out on the other side alive and smiling.

Since fluoride is in nearly 70% of all Americans public drinking water (according to the CDC and 2012 Water Fluoridation Statistics), and has been linked to brain degradation, this is a widespread threat to all brain related disorders including cancer.

Consuming sodium fluoride has been shown to definitively cause neurodegenerative damage in the brain, spinal cord, and sciatic nerve according to the findings of the Journal of Medical and Allied Sciences. Conducted by K. Pratap Reddy of Omani University in India, the study confirms that fluoride chemicals “cross the blood-brain barrier and alter the structure and function of neural tissue.”

The blood-brain barrier is a natural way to protect the brain and central nervous system from harmful toxins, but fluoride chemicals contain uniquely harmful characteristics that allow them to bypass this barrier and lodge into brain tissue. This results in neurodegeneration throughout the brain, which can lead to other harmful conditions such as cancer.

Clean up your water by consulting this handy guide to drinking water, and consider foods and herbs that can remove fluoride, such as a this high quality turmeric.

Heavy metals, like fluoride, have also been shown to be able to also cross the blood brain barrier and wreak havoc with the proper functioning of the brain. Since heavy metals seem to have an affinity for fatty tissue, the brain becomes a perfect place for them to become lodged.

The most susceptible to traumatic brain damage due to mercury (a pervasive heavy metal) are newborn babies who have not properly developed their blood-brain barrier, and are subjected to intense vaccination schedules that often inject traces of mercury into their developing bodies. Take this into account with potential genetic susceptibility due to heavy metal toxicity in the mother, and you have the prenatal and postnatal exposure to mercury that can lead to serious neurological damage, including cancer.

Add in exposure from metal fillings, seafood, and pollution, and heavy metals become difficult to avoid.

Detoxing from heavy metals is often an arduous task, but you can start to do it more safely using these methods.

When aspartame, the poster child for artificial sweeteners, gets broken down in your digestive tract, it creates a metabolic by-product called DKP. According to Dr. Blaylock, a renown and retired neurosurgeon, it produces a compound very similar to N-nitrosourea, a powerful brain tumor-causing chemical.

Taking into account this powerful insight, it is imperative to detox from these zero calorie sweeteners and avoid any products that contain the artificial sweeteners named above.

These man-made EMFs interfere with our own natural EMF by cutting us off from the earth’s electromagnetic field, and by allowing man-made EMFs into our bodies. Since we resonate naturally with the earth’s electromagnetic field, which nurtures and creates balance in the body, any interference or removal from this frequency can cause harmful health effects.

A Swedish study on the use of wireless phones, has uncovered a link between EMF exposure and the risk of malignant and non-malignant tumors. These phones emit an non-ionizing radiation that can be absorbed by tissues and cells that come into close contact with the phone, such as the head and the neck.

But those who don’t use cell phones are also at risk, as EMFs are also produced by power lines, home wiring, appliances, computers, microwaves, WiFi, and more. EMF’s are essentially omnipresent, and the only legitimate way to neutralize their effects are to become grounded on a regular basis.

Learn more about grounding and how to do it year round, here.

This is certainly not an exhaustive list of brain cancer causing toxins, but a prevalent and systemic list that needs special attention. In addition to avoiding and detoxing from these toxins, a diet rich in easily assimilated greens (like seaweeds, algae, grasses, kale, and cilantro) and healthy fats is paramount to help eliminate toxins from the brain and nourish it appropriately.