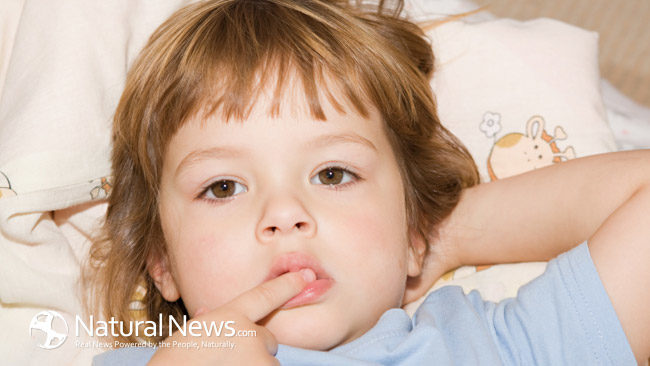 With the recent legalization of marijuana in certain states in the US, marijuana’s use as a medicinal plant merits much further consideration than simply its recreational uses.  According to one father, marijuana oil helped his toddler beat cancer.

Following an examination in May of 2010, radiologists found a stage 4 tumor in three-year-old’s Cash Hyde’s brain.  Doctors quickly recommended six cycles of chemotherapy in tandem with stem cell rescue therapy, to be conducted at Primary Children’s Hospital in Salt Lake City, Utah.  The heavy amount of chemotherapy required the toddler to take max doses of anti-nausea medication, which the father, Mike Hyde, could only go along with.

But the initial results gave the father serious cause for concern.

“After his first round of high-dose chemo in August 2010, he no longer ate anything, and this went on through September.  He was getting worse and worse…By the end of September he was so sick.  He no longer was able to take feedings into his G-tube.  His stomach lining was burnt from the chemotherapy, it was no longer processing anything – it was fired.  I asked doctors if there was anything else we can give him and they said, ‘We’re giving him max amounts of all anti-nausea medications we can give him.’  They basically told me that this was as good as it was going to get.  I told them that it was unacceptable,” Hyde said.

The chemotherapy was proving ineffective, and the anti-nausea medication seemed to be doing no more good for him than the chemotherapy itself.  As a result, Hyde took the measure of taking his son off the anti-nausea drugs and began to administer .3 milligrams of marijuana oil through his G-tube each day.  Positive changes soon followed.  Not only was his son able to eat again, but range of movement expanded and he began to sit up converse easily.

“Doctors told us he was not going to make it.  He was on life support for 40 days and was in a medically-induced coma.  They said he would have brain damage and his lungs would fail.  But ai knew the medicine (marijuana oil) was in his body, and that helped him heal.  It helped to rebuild his stomach lining, his liver and his lungs.  He walked out of the ICU in mid-December.  The nurses and doctors called him a ‘Christmas miracle’,” says Hyde.

While some may scoff at the results and instead point to the chemotherapy itself as responsible for Cash’s recovery, the father adamantly disagrees.

“It brought him to the edge of life, and if I wouldn’t have stepped in when I did, he wouldn’t be here right now.  The marijuana oil was the best pain drug available for Cashy, as well as a neuro-protectant, antioxidant and antibacterial.  I know it saved Cash’s life.”