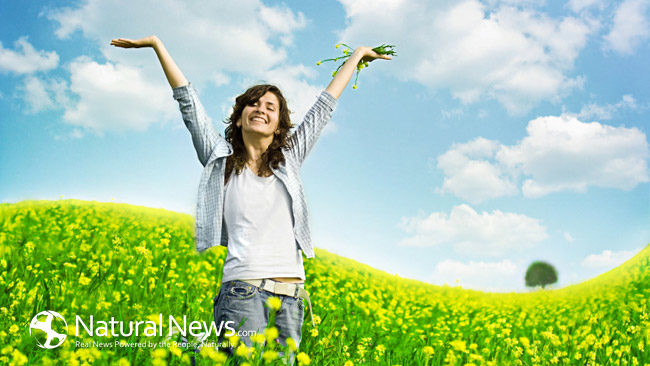 The Internet is full of self-help articles about simple ways to improve your life overnight. This is not one of them.

None of these three things will happen overnight, but they are simple. They’re so simple that they’ll probably sound obvious until you think about them just a little longer.

But the best news of all is that they won’t take up much of your time. They do require you to rethink your approach to a number of your daily activities and responsibilities, but once that’s done, you’re going to find that you’ve made a positive and lasting change.

If you’re anything like most people (myself included), a long day at work probably robs you of any desire to be productive once you finally get home. It’s only too easy to come home, kick your shoes off, and then fire up Netflix for a Star Trek: The Next Generation marathon until you nod off a little after midnight.

Okay, so there might be some variation sometimes. You might switch it up with Doctor Who from time to time.

Whatever your preferred after-work vice, don’t let it become a routine. We all should spend a little more time in pursuit of cerebral activities such as painting, reading, writing, or otherwise learning a new skill.

To that end, try to set aside about 20 minutes every night after you get home from work to pursue something productive. It could be anything – maybe even learning about what it would take to replace your roof. But whatever it is, you’ll probably soon find that those 20 minutes fly by – and pretty soon you won’t want to stop.

Engage in Physical Activity Every Day

I don’t care if it’s the middle of February – you owe it to yourself to be active year-round. Some of the same ideas from above apply: being beholden to the workday routine is severely damaging to our ambitions to get in shape, but we can’t let momentum get in our way.

You should be doing at least 15 minutes of physical activity, and let’s be honest: that’s literally the bare minimum. You could get up a little early in the morning and walk around the block, or you could break up the day with a quick weightlifting session.

There really is no end to the benefits of exercising every day, but here’s a list of seven from the Mayo Clinic if you need somewhere to start.

Oh boy, this is a big one, at least for yours truly. Have you ever heard the phrase assume positive intent? It refers to a particular type of mindset in which we assume (for a change) that the world isn’t out to get us.

This can apply to just about every area of our lives: from spouses and significant others who rub us the wrong way sometimes, to the other drivers in the satanic dogpile that is rush hour traffic.

I’m as guilty as anyone of getting upset at other drivers and then letting it ruin the rest of my day. The even bigger problem is that I often hope they disappoint me – just so I can feel good about having my bleak view of humanity confirmed by the idiot that cut me off or made me miss the green light.

But none of it matters. Because even if I had made that green light, I’d only have gotten home about a minute sooner. And is that worth getting exasperated about? It’s hard for me to admit it sometimes, but no, it’s not.

These three suggestions are hardly the be-all and end-all of improving your outlook on life. And they’re going to be difficult – no doubt about that. But they’re scalable; they’re things that you can think about during the day and apply a little at a time. I didn’t used to think that people could change, but I think the problem has more to do with a willingness to learn a new way of thinking than it does some kind of innate intractability in mankind.