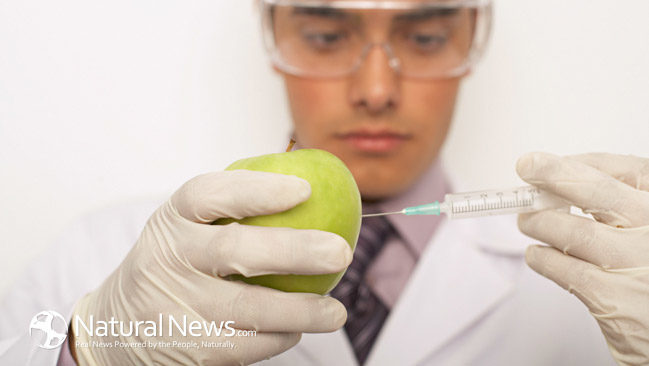 Fear may be what’s motivating powerful agri-business, pharmaceutical giants and food corporations to duke it out here in Oregon and Colorado. They are spinning some of their best lies over the airways to convince voters to vote no on GMO labeling. It should be no surprise why companies such as Monsanto, PepsiCo Inc. and Kraft Foods are sinking millions to distract voters and put the kibosh on any GMO labeling.

Three states have already passed similar labeling laws—Vermont, Connecticut and Maine—but the laws haven’t taken effect yet. Now, with two other states preparing taking a vote, the genetically modified food industry can feel the ground shaking beneath their feet.  So they’re pitching to the public some of their very best lies, as if to say, that’s our story and they’re sticking to it.

#1 GMO’s are not harmful to humans

Although there have been no long-term studies conducted on the safety of genetically engineered foods on humans, studies with animals have indicated that GMO’s cause a number of health problems. Thousands of farm animals that have eaten genetically engineered feed have developed sterility issue, various diseases and death while the stomach lining of rats fed GM potatoes showed excessive cell growth.  Other reports show the babies of animals as being born considerably smaller with more than half dying soon afterwards.  Logic would indicate that there might be some reason to doubt whether genetically modified foods are really safe.

But the biotech industry got a free pass when the Food and Agriculture Organization (FAO) and the World Health Organization (WHO) adopted the “substantial equivalence” concept in 1990. With that, it was presumed that GM foods were substantially equivalent to existing foods which allowed them to market and sell these foods without future safety or toxicology testing.

However, animals are falling on their faces, dead in the fields. And with the lack of testing being done on GM foods there is enough evidence to question whether GM foods are really safe at all.  Some of us would rather not eat corn that is capable of producing a pesticide within its own tissue.  Some of us just don’t buy into using viruses as vectors to inject foreign compounds in food either.  Do we really need to create foods that can tolerate more pesticides and insecticides?  Pesticides and insecticides accumulate in the bodies of plants and animals we consume.  When we consume these plants and animals the toxins within them become “biomagnified” within us. Does that mean that we’re on our way to becoming Roundup ready?

Probably the most affective lie being told is attaching cost to the argument of labeling. Food is expensive as it is and the threat of it becoming even more expensive, frightens us to no end.  But let’s get real, how much does it actually cost to slap on a different label?  Sure we might expect there would be some difficulties for the prepared food industry because they heavily use genetically engineered ingredients but other countries have somehow conquered these issues.

The fact is that 61 countries already label genetically engineered foods. And in 50 countries there are significant restrictions for GMO’s while many have outright bans on GMO foods.  Somehow these countries have found a way around labeling and additional costs without economic emergencies.  So perhaps, cost isn’t as big of an issue as some would have us believe.

#3 GMO’s will save the world from hunger

This is the last best lie, even though it’s an old one. When genetic engineering began it was under the guise that GMO foods would solve world hunger.  Farmers were promised that their crops would flourish whilst no amount of Roundup would kill them off.  But as insects have become resistant to these toxic cocktails, it’s evident that new and stronger pesticides and herbicides must continue to be created.

When we evaluate the performance of genetically modified crops the results instead show a “failure to yield” as noted by the Union of Concerned Scientists in April of 2009. The fact is that GMO foods in the past has shown only a minimal gain in operational yield and as insects have become resistant to the toxins that are sprayed on them, crop yields are continue to free fall.  Without a new infusion of more potent pesticides the idea that GMO’s can wane world hunger is merely a non-truth.

Advocates for GMO labeling will tell you, it’s all about our intrinsic right to know what we are eating. Right now most of us have been eating genetically modified foods.  GMO’s have been hidden in the foods we consume, without our knowledge or permission.  Sadly, this election will not make GMO’s go away, only more transparent. But as more states adopt GMO labeling laws we may finally be able to identify them and eliminate them from the menu.   It begins with an election and ends when we stop believing the 3 best lies genetically engineering has been feeding us.