20 Reasons Why You Need a Toxic Metal and Chemical Cleanse 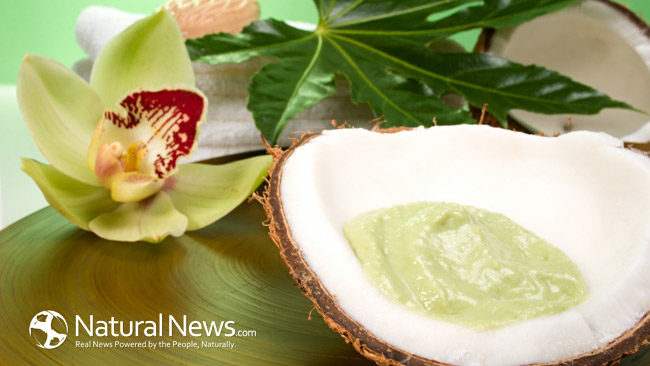 Over time, detoxification with daily uses of things like organic coconut oil and organic raw apple cider vinegar can be beneficial. However, to clear your system of toxic metals and chemicals quickly, an organic natural cleanse like Zeotrex is highly recommended by Naturopathic Practitioners. Here are 20 reasons (facts rather) why you should consider a toxic metal and chemical cleanse:

20 Reasons To Introduce a Toxic Metal and Chemical Cleanse

1.)  In every 10 women within their childbearing years has concentrations of mercury that are dangerously high “…within one tenth of potentially hazardous levels” in their bloodstream. [1]

2.) The amount of people that have developed colitis from chronic ingestion of laxatives is growing rapidly.

4.) 62% of all food samples tested by the U.S. Department of Agriculture’s Pesticide Data Program (PDP) in 1994, had detectable levels of at least one pesticide. GMOs weren’t even introduced until 1996. GMOs were introduced as a means of crop that would be resistant to heavy pesticide and chemical treatments. If at least one pesticide was present in non-GMO crops, imagine the amount of pesticides and other chemicals on the GMO (pesticide resistant) crops we know today.

5.) “PDP data from 1994-96 … stated that 25% of the food samples tested had detectable levels of carcinogenic (cancer causing) pesticides, and 34% possessed detectable levels of neurotoxic pesticides. [2] Again… this is before the introduction of GMOs. With genetically modified crops that are much more resistant to these pesticides being grown today, the use of pesticides has skyrocketed.

6.) Some studies estimate that 99% of breastmilk in women that live in the U.S. contains measurable levels of DDT (Dichloro-Diphenyl-Trichloroethane), which is the first modern toxic chemical pesticide.

7.) In the U.S., 8 times more antibiotics are used in the livestock industry, than for human use against disease. [3]

8.) In one study where pigs were fed large amounts of synthetic B vitamins, the pigs produced sterile offspring. Synthetic vitamins provide no nutritional value, and are poisonous.

9.) Acetone peroxide, chlorine, nitrogen dioxide, and benzoyl peroxide are the most common oxidizing agents that are used during white flour processing in the manufacturing of white bread.

10.) The Center for Science in the Public Interest, a nutritional lobbying group, claims that sodium chloride (common table salt) could be “…the single deadliest ingredient in the food supply.” [4]

12.) Acrylamide, a chemical that is used in the manufacturing of many plastics, is also apparently formed by the heating of starches. Foods with especially high levels of the chemical included potato chips, crackers and french fries.

13.) An alarming study published in the American Journal of Public Health estimates a 95% risk of developing cancer from regular consumption of chlorinated tap water! [5] Though you may not drink from the tap, do you cook with tap water? How about laundry, dishes, or house cleaning?

14.) After being inside the body for 20 minutes, Aspartame begins breaking down from its original compound into formaldehyde (a Class-A carcinogen used to embalm corpses), methanol, and formic acid.

15.) Over 70% of the world’s coffee supply is contaminated with toxic pesticides and chemicals. It’s estimated that just one cup of coffee contains more than 2,000 chemicals, many of which are gastrointestinal irritants and cancer-causing agents. Also, the high heat used in roasting coffee beans causes the natural oils to turn rancid, further contributing to its chemical load. After crude oil, coffee is the most sought commodity in the world. It’s estimated that more than half of all Americans over 18 drink coffee everyday.

16.) Playing and crawling on a common floor exposes babies to contaminants like mildew, mold and dust mites. Just one day of exposure can introduce the equivalent of four cigarettes into an infant’s lungs.

17.) “Every year, indoor air pollution is responsible for the death of 1.6 million people – that’s one death every 20 seconds… due to chronic respiratory disease, pneumonia, and lung cancer…” [5]

18.) The EPA lists over 80 “regulated” contaminants found in tap water such as fluoride, arsenic, chlorine, and numerous pesticides. This figure doesn’t even include the unregulated toxins like perchlorate (a chemical found in rocket fuel).

19.) The National Resources Defense Council (NRDC) estimates “…as many as 56 million people in the 25 states reviewed by the U. S. Environmental Protection Agency … have been drinking water with unsafe levels of arsenic…”! [6] Arsenic is the number 1 cancer causing agent!

Related Articles by IodAaron:
Are Your Kidneys Toxic? Promote Natural Kidney Cleansing and Support
3 Reasons to Use Glassware Instead of Plastics or Metals
The Impact of Chemtrails On Your Overall Health