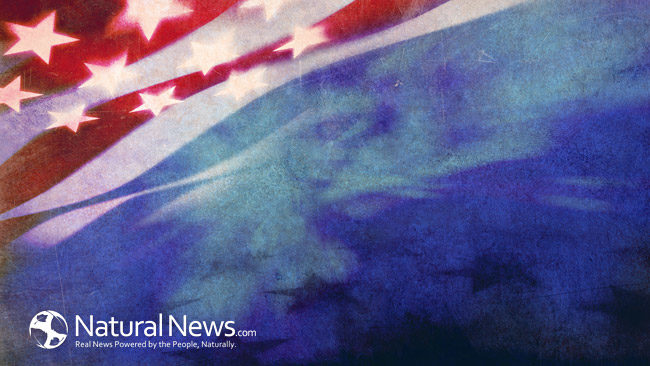 Some folks might read such an article as this one, or a number of others I have posted over the years and think I am promoting fear. Well guess what, I am not. Yes of course that is what the programmed masses expect during the month of October because the global controllers want it that way. The more people fear, the more power they gain through control. That is one reason behind the ritual “holiday” of Halloween. But I regress. That is not the point of this article. The point I was getting at with the above statement was that I am not writing about what I do to promote or instill fear, but rather spread awareness. I get many emails and replies after posting many of my articles from people who found something deep within their lives that they didn’t even know was there until reading what I wrote. I write what I do to promote global awareness and also self awareness on a very personal level.  So do not think fear, but rather awakening and awareness. Now let me get back to the article.

Let me ask you a question here because so many people talk and talk and talk about the events of 911, but to my knowledge I have yet to meet anyone who makes this connection. What does the year 1972 and the New York events of 911 have to do with one another? Need a hint? Think Biological warfare…

Anyone get it? In 1972 an event took place that would give yet another prelude to the events of 911. The Biological Warfare Conference took place during the year of 1972. One main purpose of this conference was to dramatically restrict the “legal” means of “offensive” research work dealing with biological weapons development. During this conference genetic testing for the purpose of weapons development was also restricted. So basically they made it a law that nobody could try creating biological warfare weapons and genetic weapons for offensive purposes. Yea, like that really stopped the military from doing their research in those departments.

Of course because of that 1972 conference the government and military had to keep a lid on their research and findings. Anything they did reveal had to be done so with the tag of “Defensive Homeland Protection” stamped on it. Ahh now you can see where part of 911’s purpose comes into play. Genetic testing and research has exploded in the last couple decades. Biological warfare research and testing, both in lab and in select areas of the modern human civilization, has also exploded in forward movement. When push comes to shove it’s not the big guns that are the most threatening to any nation and its people. The genetically engineered bacteria and viruses are the real threat. The military has enough successful genetically created “super bugs” in their arsenal that in reality they would never have to wage an arms war. They could just drop the germs and sit back and watch the masses die off. Once enough have died they would, if it were in their best interest, release the miracle cure to inoculate the rest of the population.

Like I mentioned in the beginning of this article, fear plays a part. One of the biggest deterrents of physical confrontation is intimidation. Nuclear war has been a big fear issue since WW2, but it’s not a realistic fear anymore because people understand that only a fool would launch live nukes. The sheer devastation on an environmental scale is too much to risk. However, germ warfare, biological warfare of which you have already created the cure before launching attacks is much more plausible and fear inducing. But how can the military and government spread such fear with the 1972 Biological Warfare Conference looming overhead? To the conditioned masses this would obviously prevent any misuse of such “defensive” research and “our government would never do such a thing as create biological weapons.”

Everyone knows that 911 gave birth to and launched the Homeland Security Act and placed America in a “State of Terror.” So of course under the Homeland Security Act everything about the 1972 conference becomes null and void. Now under constant “Terrorist threat” our country “is in need of such weapons and research”.  Even though the results of the 1972 conference were never dismantled, the Homeland Security Act simply created a “defensive need” so the biological weapons and genetic manipulation research, that never stopped happening, suddenly became legally OK. This also gave rise to the ability of spreading such research openly into many other areas such as food, medical, materials, pesticides, etc.  Of course now the military utilizes such research results through the following:

Like I said in my last article, called Façade of Quintessential, the global controllers are working feverishly to create a monoculture and also a monoenvironment. If everything is basically the same then it is easier to control and manipulate. Genetic research has allowed the government, military and corporations to literally recreate the entire planet and reconstruct it the way they want to! It has literally become a new avenue of exploration and a “new wilderness to conquer”. None of us today are genetically the same as when we were born. Everybody has been genetically tampered with through this research. You don’t even have to have been part of genetic experimentation projects like I was. It has been done through vaccines, hormones in foods, body care products, plastics and clothing; through chemtrail spraying and purposeful environmental strategic pollutions it has been done. It continues to be done on a mass and global scale. Those with genetics that are hard to tamper with are placed upon the lists for extermination. This is nothing new and thus has been going on for longer than most realize.

The global controllers aim is to completely alter and restructure every global environment through huge genetic projects. This is for a number of reasons, of which many I’m sure you can guess. Some of their reasons are:

If you can completely alter an environment and every living creature residing within, then you can successfully predict action and reaction. In such circumstances you could then dictate specific plans and understand the exact reactions of the life affected by it. It goes right along with my last article on Façade of Quintessential. The world would resemble, if you will, a theme park in which every blade of grass is in place, every tree grows just like the other one because they are all genetic clones of each other; the air is monitored as is the light from the sun, the water and everything else in the place. Yes I know this is kind of extreme thinking for most. Even to me it seems rather surreal to ponder. Then I look around and see what is and has been happening in the massive advancements of biological warfare and genetic research and it becomes very plausible. Look at how many food plants are no longer pure but have been genetically modified. How about the vitamins and mineral supplements? The open cloning of animals has been around for quite some time and is now quite common in many areas of the world. Mixing animal breeds and combining the practice with genetic modifications are also widely used today. Many people today are walking around with transplants that are either not real or laboratory grown! It’s hard to go into many gardens today and recognize the trees, shrubs and ground plants because they have all been genetically altered and grown. I could go on and on, but I think the point has been well made.

The one thing that I have not yet addressed is the absolute ridiculousness of all of this global planning. I know that hopefully all of you reading this understand how far of a reach this is, even for the global controllers, but I don’t like to assume anything. I do my best to communicate as completely and clearly as possible.  Complete control is near impossible. It’s that simple. The universe dictates that very clearly. Nothing has complete control of anything and yet the global controllers are so ignorant and pompous to think they can actually attain complete and total dominion over every living form of life and even the planet itself! They struggle onward to try achieving a goal that is, in my opinion, unachievable. Oh but they try and will continue to try and instead of getting any closer to achieving this ludicrous goal they instead create a huge mess. Their march towards total dominion is only achieving misery and failure on a global scale. My question is how are you participating? With your mind patterns? Maybe with where and how you spend your money? Or perhaps it’s part of your job and how you attain monetary “stability”…if there is such a thing. Take good look at your life and ask yourself if and how you might be willingly or unknowingly participating is this insane technological push for dominion through all the methods I have been talking about as well as what others have been speaking clearly and very publically about. Change, true change comes first from within. Are you doing your self healing work? At Ways Of The Wild Institute we are because we understand it is the only way to make a change for the better.