1946 Battle of Athens, Tennessee and the Importance Today 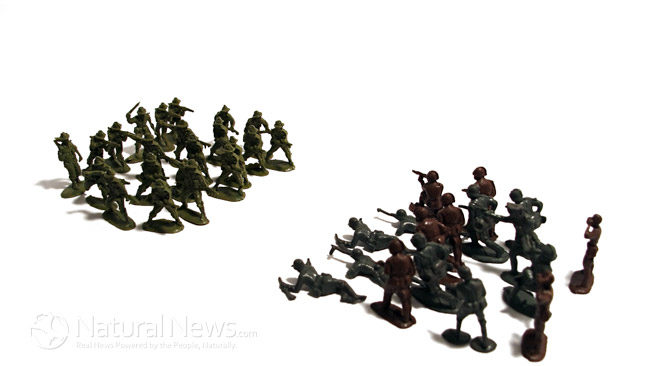 The 1946 Battle of Athens, Tennessee

Paul Cantrell became elected Sheriff of McMinn County beginning from 1936, 1938 and again in 1940.  It wasn’t until the early 1940’s that corruption within the county became noticeable.  Paul Cantrell than went on to become elected for State Senate in 1942 and in 1944 leaving his deputy and right hand man Pat Mansfield to be elected for Sheriff, Cantrell’s former position.  During their corruption in 1941 a state law passed which reduced political opposition for their party by reducing the amount of voting precincts available from 23 to just 12 and minimizing the number of Justices of Peace from 14 down to just seven.

Cantrell and Mansfield than went on to orchestrate a fee system in which they received money from arrests and incarcerations totaling of up to $300,000 in additional funds.  This operation became especially lucrative because at the time many veterans were returning from the second world war and were spending much of their free time at bars and saloons celebrating their victories.

Investigations into Cantrell and Mansfield elections began when citizens noticed that many of the votes tallied included felons and deceased members of the county.  As well as the returning veterans were routinely targeted by the Sheriff’s men as they made up roughly 10 percent of the county’s voting populous.  An opposing non-partisan party to Cantrell and Mansfield was formed by the returning G.I.’s and thus the 1946 battle of Athens, Tennessee began.

In August of 1946 Cantrell and Mansfield swapped positions in order to appease the voters, Cantrell once again running for Sheriff and Mansfield running for State Senate.  Instead of appeasing the voters the voters became to realize the corruption that had been laid right in front of them.  An obvious popular outcry of the county was in large support for the non-partisan party the returning veterans had formed.

Cantrell, Mansfield and roughly 200 armed patrol officers took refuge at the local prison and became under heavy fire by the citizenry when they refused to exit and provide a publically witnessed count of the votes.  For several hours the combat trained war veterans laid down heavy suppressive fire eventually blowing the prison doors wide open and extracting out the patrol officers and members of the corrupt political system.  This event marked history as the Battle of Athens, Tennessee.

Events in history like the battle of Athens, Tennessee are important especially in today’s world as they shed light on a great example of corruption being pursued and punished.  Much of today’s elections are completed electronically making the corruption even easier than before.  As well as much of the political corruption even in the smallest of counties has become abundantly obvious.  Remembering events like these not only help us to prevent future scenarios in which politicians are constantly reminded to honor their oath to the people but also what the people are capable of if corruption becomes out of hand.

This is another reason why the current administration tends to target war veterans and place them on “watch lists”.  It is understandable that their combat training makes them a force to be reckoned with in times of chaos.  However, if our own political systems are specifically targeting and watching returning veterans what forms of chaos are they incorporating?  As well as instead of learning from history why are they appearing to prevent the same events from occurring again if the citizenry and armed veterans have to possibly rise together?

The Battle of Athens. Constitution Society

The Battle of Athens (Tennessee) A Case Study in Grassroots Restoration of the Rule of Law.