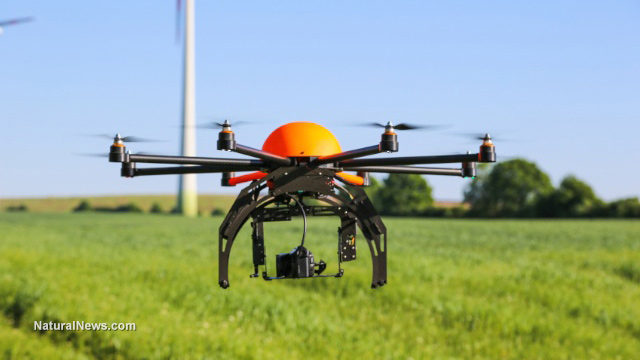 Unmanned aerial vehicles or drones have been widely used by the military and for commercial applications.

But today, consumer level drones have found another purpose – science and research.

The use of UAVS in science has been found to be beneficial as they will be able to accomplish what humans would not be able to.

Furthermore, they will achieve it with minimal efficiency and costs since no human life will be endangered.

What are drones used for today?

Today, archaeologists around the world have embraced technology especially drones with the purpose of mapping a site easier.

Archaeologists have long known that aerial images captured through infrared are very useful for surveying areas covered by soil and vegetation.

However, don’t take my word for it…

University of Chicago Oriental Institute has used the drones in the Black Desert located in Eastern Jordan. The team composed of scholars Chad Hill and Yorke Rowan has deployed drones to study the remains of a Neolithic community in the modern day Jordan.

In Yorke Rowan’s own words:
“We are in the middle of a revolution in aerial survey for archaeology.”

Just as a quick refresher…

The Mauna Loa volcano erupted in 1984 in Hawaii sending volcanic ash and lava down its slopes.

Geologist and former pilot, David Pieri from the California Institute of Technology Jet Propulsion Lab  needed to take measurements and observe the lava flow allowing him to predict the route and length of the lava.

The only way he could do that was with a helicopter.

How can you beat that?

The team was able to explore different spots in the gas and ash clouds simultaneously thanks to the drone technology.

As you probably know…

Rooted macrophytes and attached macroalgae are known to play a vital role in the aquatic system by providing food and cover to a wide range of species.

As a result of human activity, macroalgae can become problematic because of cultural eutrophication mainly from excess nitrogen and phosphorous generated by man.

This leads to reduced biodiversity and decline in the ecosystem health as well as replacement of desired species. Jiyoung Lee from Ohio State University and other researchers are looking into ways of cutting down time to acquire data on the spread of algae.

So, what’s the answer?

UAVs will be used to collect samples as well as provide other readings.

#4 Glacier Surveillance – Exploring Through the Eyes of a Drone

You’ll be glad to know that…

The use of drones has become promising especially in the study of glaciers as researchers have discovered that they are receding.

In 2016, NASA delivered a UAV to the students and faculty at University of Kansas to develop a radar system that will be used in the analysis of glaciers in Greenland.

“University of Kansas is well known for their development of airborne radar systems for characterizing polar ice sheets, and AMES is a leader in unmanned systems which include autonomy and control technology.”

When the project becomes a reality in a few years, glacier surveillance will be possible, and it will allow researchers to study them.

Today, drones have sensors with a capability of imaging, recreating and analyzing individual leaves on a plant from 400 feet allowing researchers to get data and information on the type of plant, the water-holding capacity of the soil and variable rate water applications.

Yes, you read that right…

Precision agriculture is the technology that will make the above possible.

Researchers will be able to make quick decisions as they will know the hidden relationships between plants finally making improvements in farm management.

If you think it’s nothing, think again…

Data gathered through the use of drones on forestry and tree diseases, in particular, can be achieved at lower costs and quickly. Forests play a vital role in the global carbon cycle, and they harbor around two-thirds of all known species especially tropical forests.

And that’s just the beginning…

When it comes to hazardous materials like nuclear, drones can be used to track and provide accurate identification of the direction of the spread of liquids and gaseous materials.

This can be achieved through relative immobility and 3-dimensional imaging.

The takeoff and landing sites will be located further away so, the threat to drone pilots will be negligible.

Drones will also help in tracking missing and trapped people. The UAVs will be able to determine the strength of radiation, the size of the affected area and the spread of radioactivity over a zone.

According to researchers, the conservation, management and study of both the ocean and marine animals are dependent on aerial surveys.

Today, drones have assumed the role of aerial surveyors, and they help oceanographers not only to study and track different marine population but also to know the condition of various reefs around the world.

Let me be a bit more specific…

In Australia, dugongs population has been monitored through the use of UAVs. This has enabled researchers to analyze the effectiveness of marine mammal sanctuaries. Sea drones can also be used to study the depth of the ocean as well as providing support to divers.

#9 Mapping of Excavation Sites Around the World

In Peru, the government has enabled the use of drones to map different archaeological sites. In 2013, the road to Machu Picchu was one of the hundred sites mapped, and the team was able to map 180 sites by 2014. In the following year, they were able to map 222 locations.

What makes this so special?

According to the program founder, Dr. Luis Jaime Castillo Butters, the program has proven that UAVs don’t require a set of unique skills or a huge budget to accomplish anything.

Global warming has contributed to the rise in sea level steadily over the years and today it has helped to salt water infiltration, thanks to our part in pumping groundwater

According to researchers, freshwater is less dense than salty water which means that it will float.

As a result of sea level rise, the salt water has seeped into the fresh water aquifer and because of the pumping of ground water, fresh water levels have lowered.

But here’s the thing…

With the application of UAVs fitted with sensors and HD video recording camera, researchers will record salt water infiltration finally providing answers of how to combat the problem.

The availability of digital surface models thanks to high spatial resolution imagery, researchers are able to develop three dimensional constructs of the land.

The coastal geomorphology itself requires accurate topographic information for the beach system.

This will allow researchers to conduct a reliable simulation of coastal erosion.

Here are the answers:

With drones, experts will be able to map the topography of the land finally identifying valleys, hills and canyons among others.

In September 2005 LINK 13, when Hurricane Ophelia was driving towards the North Carolina Outerbanks, apart from the large hurricane hunting aircraft, Orion, another aircraft which was smaller was doing the same task. Aerosonde, a UAV built by AAI Company was able to gather gigabytes of data varying from barometric pressure to winds speed.

This marked the first time a drone has been used in the penetration, analysis and data collection of a storm.

You’ll be glad to know that…

Drones applications such as monitoring breeding success of canopy nesting birds to surveying elephants in the plains of Africa have been done over the years. UAV use in counting animals has been found to be the best method unlike traditional methods.

And that’s just the beginning…

While accurate counting will not be possible, what researchers are aiming for is precision counting. With drones, they can be able to cover a large area using minimal manpower and expenses.

By now, you probably have some unanswered questions…

Today, many people will say that the world is currently in the dystopian future that has been written by science-fiction writers over the years.

So what does all this mean?

Think of flying cars, robots, unmanned vehicles and much more, are some of the applications today that technology has made possible or will make possible in the future.

Drones have been found to have many applications in science and research for example mapping an archaeological site, glacier surveillance, counting the animal population, geophysical surveying and analyzing volcanic ash.

As a result, data collection and research have become as simple as 1..2..3.

What does this mean for you?

Here is a way to think about it:

How Drones Will be Used In The Future?

Do you have any other suggestions to add to this list?

If so, please do so and share your thoughts in the comments section below.

I'm drone enthusiast that loves nothing more than hitting open skyes. When not thinkering around this marvelous devices, you can find me on dronenodes.com