12 Reason Why Sugar Is Called “The White Death” 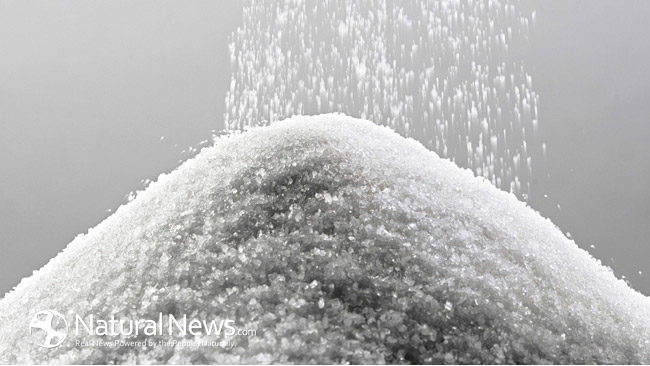 Sugar is called the “white death” as it is believed to be the cause of various health issues. On the other hand, sugar is a carbohydrate that provides human bodies with energy. Let’s find out if sugar is good for the human body or if it should be eliminated from the diet altogether.

The sugar industry is big: $100 billion per year. As with any other billion dollar business, there’s bound to be a ton of information that will support such an empire anywhere you look – the media, bookstores, advertising, etc. Boats like this don’t like to be rocked.

On the other side is a group claiming that white sugar is poison, a harmful drug, barely differing from cocaine, etc. Some claims are true; others are unreferenced opinion, often bordering on hysteria. For our purposes, we’ll focus on what we really can verify about sugar, and hopefully avoid the errors of disinformation on both sides of the fence.

1.Glucose metabolite glucose 6-phosphate (G6P) that was responsible for the changes in the muscle protein of the heart. These changes could eventually lead to heart failure. Approximately half of the people that are diagnosed with heart failure die within five years.

2.A 2008 study found that excess fructose consumption was linked to an increase in a condition called leptin resistance. Leptin is a hormone that tells you when you’ve had enough food. The problem is, we often ignore the signal our brain sends to us. For some people though, leptin simply does not want to work, leaving the person with no signal whatsoever that the body has enough food to function.

3.A 2009 study found a positive relationship between glucose consumption and the aging of our cells. Aging of the cells consequently can be the cause of something as simple as wrinkles to something as dire as chronic disease. But there is other alarming evidence that sugar may affect the aging of your brain as well.

4.Because bad bacteria love to eat sugars, sugar can depress your immune system by fueling the bad guys, just as eating yogurt and other fermented foods help feed the “good guys” with probiotics.

5.Sugar increases the concentration of bile acids in stool and bacterial enzymes in the colon, which can modify bile to produce cancer-causing compounds and colon cancer.

6.Coconut sugar is made from the sweet watery sap that drips from the cut flower buds of the coconut palm. It has a low glycemic index (GI) and is rich in amino acids. It is typically less than 10% fructose, with sucrose being the primary component.

8.Sugar eaten during pregnancy and lactation can influence muscle force production in offspring, which can affect an individual’s ability to exercise.

10.High amounts of fructose are very damaging to the body if it isn’t burned immediately for energy because it travels directly to the liver where it’s converted to triglycerides (fats). Excess triglycerides increase insulin resistance (and insulin production), thus contributing to diabetes in a “back door” fashion.

11.Sugar can cause two blood proteins – albumin and lipoproteins – to function less effectively, which may reduce the body’s ability to handle fat and cholesterol.

12.Sugar increases the concentration of bile acids in stool and bacterial enzymes in the colon, which can modify bile to produce cancer-causing compounds and colon cancer.
Reference:

Honey and Cinnamon: A Perfect Combination Can Do Wonders