11 Reasons why you should try eating Ceylon cinnamon 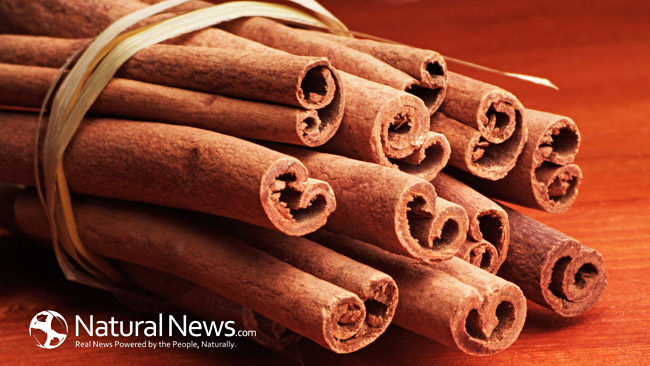 It’s considered to be Ceylon cinnamon or true cinnamon, but you’ve probably never had it. Most of the cinnamon found in grocery stores is the Cassia variety. So unless you’ve specifically bought Ceylon cinnamon, it’s unlikely that you’ve eaten it if you live somewhere in North America or Europe.

01. The taste of Ceylon cinnamon is different. Cassia cinnamon has a bold, unmistakable taste, but Ceylon’s flavor is mellow and subtle compared to its cousin and tastes more like, well, cinnamon. This also means it pairs better with savory dishes even though the flavor is considered warm and sweeter.

02. It’s safer. All kinds of cinnamon contain coumarin, which can damage liver and kidneys if taken at high doses. But while Ceylon has a low amount of coumarin, the amount in Cassia has warranted a warning from the European Union advising moderate consumption.

03. It’s better researched. Cinnamon powered and extract has many health benefits, but the kind of cinnamon studied is generally Ceylon, not Cassia. So if you’re taking cinnamon for health reasons, it’s better to use Ceylon.

04. It’s naturally warming. One reason people love cinnamon gum is the warmth it leaves in the mouth. But why chew artificially flavored gum when you can also be warmed up by real cinnamon? It makes a great addition to coffee, which makes it the perfect spice for a cold day!

05. It smells good. While cinnamon has traditionally been used as a perfume, it’s also a good breath freshener if you suffer from bad breath or have eaten an odorous meal. Just chew on some cinnamon sticks or cut them into toothpicks. The antimicrobial properties will also help kill off the foul-smelling bacteria.

06. It’s versatile. Cinnamon is one spice that has been used all over the world. While in the West it’s found mostly coffee and sweets, it’s also tasty in savory dishes. While many assume that cinnamon flavored meats come from places like India or China, it was actually used even in places like Europe, though eventually it fell out of favor as there was more available.

07. It’s convenient. Ceylon cinnamon is sold as either sticks or powder so it can be added to many different kinds of food. But, if you only want to get one, the sticks would be more useful, plus they last longer. Not only are they easy to infuse in a liquid, but unlike Cassia, Ceylon is soft and breaks easily. This makes it perfect for grinding up at home. Just break it up and put in in your grinder.

08. It aids digestion. In traditional Chinese medicine, cinnamon is used to help flatulence. But if that’s not your problem, it’s also known to relieve nausea and vomiting. So if your stomach is upset, try brewing up a cup of cinnamon tea. It also kills bacteria, so can be useful to combat diarrhea in children—and tastes much better than most medicines!.

09. It may help with diabetes. One medicinal property of cinnamon is that has reduced the blood glucose level in people with type 2 diabetes in several small studies. Scientists aren’t yet sure how this happens, but it may do this by lowering insulin resistance. If you decide to take cinnamon for diabetes, it’s important to talk to your doctor first.

11. Help a small economy. Ceylon cinnamon is native to Sri Lanka, and the country still produces nearly all of the Ceylon cinnamon on the market. With spices being one of Sri Lanka’s main exports, it helps promote business in a country that ended a 26-year-long civil war only a few years ago. Be sure to look for cinnamon that’s been certified as fair trade.

Ceylon cinnamon has potential health benefits. The author is a Sri Lankan cinnamon grower. Refer to the link below to find out detailed explanation on author’s website; http://www.trueceylonspices.com/ceylon-cinnamon/