11 Foods that are Worth Buying Organic 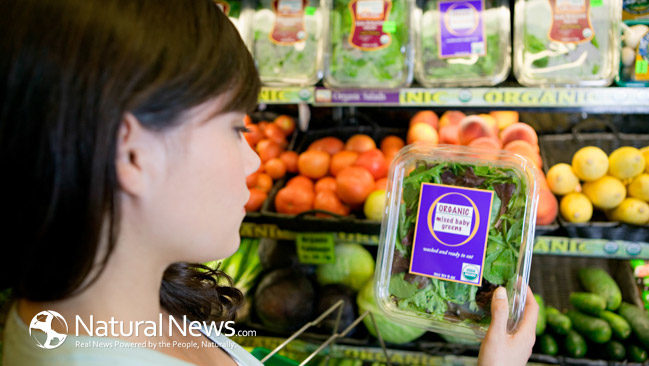 Food today is filled with harmful pesticides and hormones that ruin a person’s health. These harmful elements are leading to the increase in the growing number of untreatable diseases. Organic foods may cost a little bit more that your usual grocery but at least you’ll have the satisfaction of putting healthy food in your body.

Below are the top ten foods that are worth every penny you spend on them.

Apples
98% of the apples available in the market have residues of general pesticides on them. This makes them unhealthy because they have traces of synthetic fertilizers along with animal antibiotics which are harmful for human beings.

Salmon
Wild fresh water salmon is pricier than the farmed Atlantic salmon that is cheaper and full of antibiotics overuse. Wild caught salmon is available in cans, starting from three dollars per can. Salmon that is kept frozen after being caught is also safe to consume.

Milk
Use of growth hormones and rBST on cows for producing more milk renders it less and less organic. There have been debates over the milk’s potential to cause cancer in the American Cancer Society. If you can’t find a reliable organic store selling organic milk then do look for labels on conventional milk containers that indicate the non-usage of rBST.

Ground Beef
Beef filled with fatty scraps is heated and treated with various chemicals in most plants. To find your organic beef, meet up with a local organic beef producer or go to markets that sell organic beef. With purchasing organic beef from your local market, you can take and grind cuts of your choices avoiding health risks.

Canned Tomatoes
Preserved canned tomatoes are known to contain an endocrine disrupting element called bisphenol-A or BPA. Organic tomatoes preserved in jars and distributed by Eden foods are said to have no traces of BPA. Boxed tomatoes are also a good option as BPA has been linked to health risks associated with pregnant women and diseases like adult diabetes including heart problems.

Celery
According to the Environmental Working Group, majority of the celery found across the states is rigged with multiple pesticides. Be sure to find a reliable source for buying your pesticide-free celery.

Chain Sushi
Tuna scrape found in sushi packs have become a growing threat to salmonella outbreak. The stuffing in sushi rolls is made from various animal ingredients. Be sure to ask your vendor for nagiri sushi which is considerably safer.

Peaches
According to the Environmental Working Group, peaches have been tested for containing more than fifty seven chemicals coming from different pesticides. That’s a lot more than any other available food produce in the market. Be careful and look for organically grown peaches just to be on the safe side.

Strawberries and Blueberries
Berries are sensitive and heavily exposed — they don’t have a tough outer shell or skin to protect them. Because they grow largely unprotected, they are more susceptible to pests, and pesticides are often the solution.

Local food
Supermarkets often look for food that can be kept on the shelves longer and is easier for shipping. Selecting local produce is a good idea because it’s more likely to retain freshness and taste along with good nutrients.