11 Delicious Key Ingredients that Make The Mediterranean Diet So Nutritious 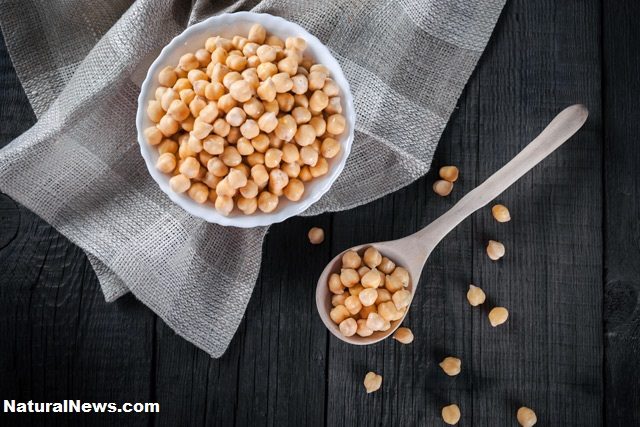 The Mediterranean diet represents the traditional foods that people used to eat in countries like Italy and Greece in the late 1950s and early 1960s.

Studies have shown that the diet can be beneficial to cause weight loss and help prevent heart attacks, strokes, type 2 diabetes and premature death.

This article will discuss 11 amazing ingredients in the Mediterranean diet by focusing more on the traditional diet eaten during that period.

Olive oil dominates the varying dietary patterns that make up the overall Mediterranean diet. Olive oil, especially extra-virgin, is rich in tocopherols, carotenoids, and polyphenols, all of which provide it antioxidant and anti-inflammatory properties.

One of the polyphenols, a major antioxidant known as hydroxytyrosol, has been shown by a study that it may prevent cancers by inducing apoptosis (programmed cell death) in cancer cells and inhibit cancer cell-division cycles. Oleuropein is another antioxidant/anti-inflammatory polyphenol that has been studied extensively.

Olive oil is the principal source of dietary fat, used for cooking and baking. Contrary to popular beliefs, high-quality extra-virgin olive oil has a high smoke point up to 410 degree Fahrenheit due to lower free fatty acid contents. Polyphenols in olive oil are said to act as natural preservatives that protect it from heat degradation.

Olive fruits, commonly known as olives, are universally eaten whole, and widely used for cooking and flavoring. The fruits, which the oil is derived from, are rich sources of fiber, carotenoids, and polyphenols. The last two phytochemicals exert anti-inflammatory and antioxidant properties.

Wheat is the main grain eaten as a staple in the Mediterranean. Farro or emmer, an ancient wheat, is likely to be found accompanying dishes in many Mediterranean restaurants. Durum is another wheat variety famously used in an unrefined form in making pasta and bread. Its yellow color is due to beta carotene. Both farro/emmer wheat and durum offer high fiber, vitamin Bs, and antioxidant contents. They are good sources of proteins and mineral, including magnesium, zinc, and iron.

Antonia Trichopoulou, in a review article, states that alcohol consumption was common in the traditional Mediterranean diet, but generally in moderation and in the form of wine and, as a rule, during meals.

‘Moderate drinking can be healthy—but not for everyone. You must weigh the benefits and risks; For most moderate drinkers, alcohol has overall health benefits especially for middle-aged individuals; Non-drinkers, shouldn’t feel the need to start drinking to improve their health; Heavy drinkers, with their increased risk of cancer, heart disease, high blood pressure, cirrhosis, and dependence should cut back or stop drinking altogether.’

Greens are used to make tortes/tortas and savory pies, a staple dish, in Southern France, Italy, and Greece as well as other countries of the Mediterranean. On the Greek island of Ikaria alone there are more than 150 types of wild greens, some of which includes fennel, dandelion greens, rocket (arugula), cardoon, purslane, and chicory.

Dark leafy greens are rich in carotenoids, bioflavonoids, vitamins C and E, and minerals such as magnesium, calcium, and iron. Their nutritional composition may vary between species, varieties, and cultivars.

Consuming a varied intake from different species over time is a great way to get an array of other nutrients and phytonutrients.

Capers, the unripened flower buds of Capparis spinosa var. dermis, prickly, perennial plants native to the Mediterranean and some parts of Asia, are generally used as a flavorful seasoning or garnish, and are an important ingredient in tapenade. Their use, mentioned as food in the Sumerian epic of Gilgamesh, dates back to more than 2000 B.C.

Antioxidant-rich capers have long been a favorite in the Mediterranean region. They impart a piquant sour and salty flavor to salads, sauces, dressings, vegetables and a variety of main dishes. Capers’s pungency and sharp flavor made it particularly common in Sicilian cooking and used in the Milanese sauce with anchovies.

The authors conclude that capers appear to be a good source of antioxidants and minerals that might serve to protect the health and combat several diseases.

Chickpeas, one of the earliest known cultivated legumes, are the key ingredient in hummus, a famous creamy sauce.  The soup consists of black and regular chickpeas, lentils, fava beans, and whole wheat is an important traditional dish in Puglia, Italy.

Chickpea flour is traditionally used to make a pancake or crêpe in Italy and France.

Lemons and oranges originate from the Far East, and Arabs brought them to the Mediterranean. A typical habit in the Mediterranean is to squeeze lemons on salads, soups, beans, fish, and into drinking water, which help lower the glycemic load of the entire meal.

The acidity and high flavonoid content of lemon peels found to be a mechanism of lemon beneficial impact on blood glucose that can help control or prevent diabetes.

Garlic is an essential ingredient in many Mediterranean cuisines and it varies in it uses from province to province. Garlic contains approximately 33 sulfur compounds responsible for its pungent odor and most of its health benefits, which include anticancer, anti-inflammatory, and antioxidant effects.

Herbs and spices are widely used in the Mediterranean cuisine. Herbs are sources of high antioxidant and anti-inflammatory compounds, especially polyphenols. They have been found to contribute significant flavonols and flavones in levels via overall dietary intake of the traditional Greek cuisine.

Traditional feta is a white salty Greek cheese made from the milk of ewes or goats. The Turks are believed to have first introduced yogurt, which was more commonly used in the old Ottoman Empire (eastern Mediterranean).

Both feta and yogurt are fermented, provides additional proteins, make them good additions to the Mediterranean diet that’s largely plant-based.

Studies have shown probiotics play significant roles in not only taking care of your gut microbiota diversity but also have a positive influence on the immune system and the brain.

As for the types and nutritional values of foods are concerned, you can always acquire new and dynamic knowledge readily available 24/7 by reading great articles on the net written by dietetics or nutrition experts.