10 Surprising Things to Know About BPA 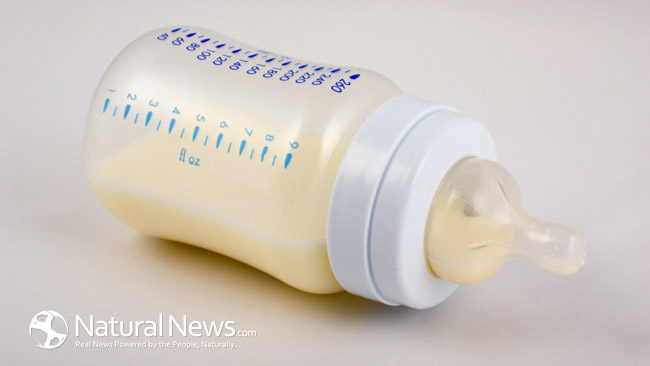 Bishpenol A, or BPA is a common chemical which has been used since the 1930’s in the production of many kinds of plastics. These plastics naturally find their way into the home, especially in forms of water bottles, baby bottles and the like. The health risks associated with this chemical are real and serious and it is important to be education about BPA facts in order to make good consumer decisions.

Baby Bottle Warning
Nearly all plastic bottles (approximately 99%) contain BPA and this includes baby bottles. If they are heated in a microwave, the BPA can leach into the baby formula or breast milk.

Fetal Exposure
Studies are showing links between certain fetal effects and BPA exposure. It is posited that this is partly because BPA is so widely used.

Breast Cancer Risk
Chinese studies have shown that BPA has been linked to increases in certain estrogen receptors. These increases constitute a risk factor for breast cancer.

Brain Development
BPA also has the potential to interfere with and disrupt the brain development of infants and young children. Such disruptions have been associated with disorders like schizophrenia.

Early Puberty
Increasingly, girls are beginning puberty at a younger age and this can lead to a variety of health and social problems. BPA has also been linked to this phenomenon.

Obesity Risk
As America struggles with its 75% overweight/obese percentage, it is still consuming many products tainted with BPA, which has been associated with weight gain.

Risk to Children
Children are at a particular risk for BPA exposure. This is because their brains and neurological systems are still developing and more vulnerable to effects from exposure.

Canned Food Problem
The government still allows BPA to be used in the manufacture of canned food linings. However, research has shown that BPA can leach into foods stored in these cans.

BPA is Nonessential
This chemical is not essential to the plastics industry. Bottles and other products can readily be made without it.

Eliminate BPA
It is possible to eliminate or limit exposure to this harmful chemical. Read below to find out what steps the average consumer can take.

Because the government and industry continues to exposure the public to this dangerous chemical, it is necessary for the individual to take steps to limit exposure. This can include substituting glass bottles and microwaveable containers for the plastic ones currently in use. Such glass products are available at most stores. It is also a good idea to eliminate canned food as much as possible from the diet and instead eat food that is fresh or cooked from dry products (such as cooking dry beans from scratch). It might seem like a lot of work, but it will also bring major health benefits along with it to reward those efforts.

7 Things You Should Know About Antibiotics