10 Reasons You Should Care About What’s In Your Gut 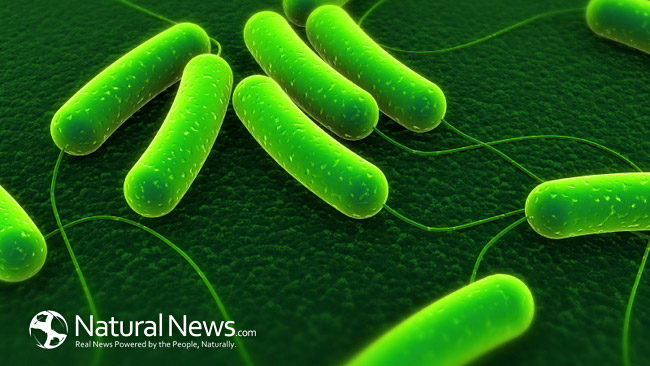 Bacteria living in and on the human body is one of those disgusting facts that we all try to forget, but science is showing that if we want to obtain optimal health, we humans really should think about our microscopic partners in this life.

1. You are more bacteria than human.

Human cells account for just 10 percent of the cellular matter of the animals we call humans. The other 90% are bacterial cells that live on or in our bodies. To give you an idea of the numbers we’re talking about here, it is estimated that the human body is made of about ten trillion cells, but there are 100 trillion bacteria in your body. Theses bacteria cells provide important functions for us – things like digesting food, synthesizing vitamins, and strengthening our immune system. Without our bacteria, we could not exist. The entire number of bacterial cells in the human body is referred to by scientists as the microbiome, and it might very well be the single most important factor in human health. Your microbiome effects everything about you, from your cancer risk, to how you digest and assimilate food, and even your personality, thoughts, and behaviors.

2. The most important bacteria is what you get when your are born.

You get your bacteria in many ways, but the most important is through vaginal birth and breastfeeding. The uterus is sterile, but when baby enters the world through the birth canal, he/she picks up important bacteria on the skin, through mouth, eyes, and skin. This seeder bacteria from mom grows and colonizes in and on the baby. The bacteria is reinforced when baby is held skin-to-skin and breastfed. Scientists have learned that babies born through Cesarean section don’t develop healthy combinations of bacteria. This lack of balanced bacteria colonization effects the child’s health for their entire life. Some hospitals are experimenting with soaking gauze in the mother’s vagina for the hour before scheduled Cesarean births. In the moments after birth, the gauze is rubbed over baby’s face, eyes, and body to mimic the bacteria exposure of a natural birth. It will be several years before scientists know if this process helps reduce health risks from poor bacteria exposure at birth.

Not all vitamin deficiencies are diet related; many are related to an unbalanced gut microbiome. Scientists have learned that many of the vitamins used by the human body are actually synthesized by bacteria in the intestines. For example Bacillus subtilis and Escherichia coli (yes, that’s E coli), synthesize Vitamin K. E coli also makes the important B vitamins – Biotin, Riboflavin, Thiamine, and Nicotinic Acid. It’s important to remember that many bacteria, including E coli have many strains, and while one strain of a particular bacteria is harmful to humans many other strains of the same bacteria can be helpful. Notice Vitamin K is synthesized by bacteria in the intestines. Also recall that babies have a sterile digestive tract until the moment they begin the trek through the birth canal. This is why doctors believe newborns need a shot of Vitamin K at birth. Newborns don’t yet have an established colony of the Vitamin K making gut bacteria.

4. Gut Bacteria and Autism Are Linked

Scientists at Arizona State University, in Tempe, Arizona are studying the correlation between Autism and gut bacteria. They’ve learned that people with Autism typically have different gut bacteria, and in different ratios than people without Autism. In many cases the people with Autism are missing hundreds of beneficial bacterial strains that are found in the guts of neurotypical people. Researchers are not yet saying that these gut bacteria differences actually cause the neurological differences seen in people on the Autism Spectrum, but they are using a relatively new treatment called fecal transplant (also called Beneficial Bacteria Transfer or BBT) to repopulate the guts of people with Autism who also suffer from gastrointestinal distress. In the lab, researchers have been able to actually give neurotypical mice Autism-like symptoms by changing their gut microbes. When the gut microbiome was restored, the mice returned to neurotypical behavior. Similarly, researches were able to induce an Autism-like condition in newborn mice by altering the gut microbiome for the pregnant mother mouse.

5. Gut Bacteria Health Determines the Health of your Immune System

Experiments in mice have shown that without the right balance of gut bacteria the immune system can’t function correctly. Mice with under developed gut bacteria are more likely to get sick, and become more seriously ill than do mice with a healthy gut microbiome. This is because the adaptive immune system is dependent upon specific microbes. These microbes release Immunoglobulin A (IGA) to mark, or “tag” viruses and bacteria that do damage to the body. The body’s immune system then responds to eliminate these tagged microbes. Scientists believe the adaptive immune system developed with one purpose – to protect gut microbes that benefit the organism in which they live. The more microbes the adaptive immune system is exposed to, the better it is able to tell the difference between helpful and harmful microbes. It’s been shown societies that use a lot of anti-bacterial soaps, hand gels, and the like tend to get ill more often, and more seriously than those societies where those things are not used.

Autoimmune disease occurs when the body’s immune system becomes inappropriately activated. For some reason, T-cells get turned on and start attacking healthy body tissues. This causes inflammation throughout the body, and causes the tissues being attacked to work improperly. For example, when the immune system attacks the neurological system symptoms of Multiple Sclerosis could result. The reason could very well be a lack of the bacteria Bacteris flagellus. This bacteria is commonly found in the human gut, but is found in significantly reduced amounts, or is completely missing in people with autoimmune disease. B. flagellus produces the chemical polysacchride A. PSA interacts with the regulatory T- cells of the immune system by improving the function of those cells, and activating the anti-inflammatory response. Lab testing has shown that PSA does treat and prevent Inflammatory Bowel Disease, and Multiple Sclerosis. Right now, it’s being estimated that clinical trials using B.Flagellus will be ready to begin in 2-3 years.

Gut bacteria are supposed to stay in the gut, but sometimes the lining of the intestinal wall becomes permeable and allows molecules to get through the intestines and into the rest of the body. This is called Leaky Gut Syndrome. Scientists have found that when molecules of food, waste products, and bacteria normally found in the gut seep through into the system it causes a variety of symptoms. Systemic inflammation, pain, brain fog, inappropriate immune responses (we call these allergies), and headaches are all possible symptoms of Leaky Gut Syndrome. The intestinal wall is protected by a layer of mucus and microbes. Some microbes help protect the integrity of the intestinal wall, while others destroy it. By eating to achieve a healthy microbiome you can heal an already leaky gut or protect your properly functioning intestinal wall.

8. Your Gut Effects Your Brain

Your gut and brain are more connected than you thought. Inside your body is the equivalent of a super-highway between the immune system, which includes your gut microbes, endocrine function, which controls your hormones, and the neural pathways of the brain. Neurons leave your brain to communicate with the rest of your body. Seventy percent of the neurons that leave the brain are in the gut. In addition, gut microbes have direct access to the brain through the Vegas Nerve. Plus, gut microbes send direct messages to the brain because they produce neurotransmitters of their own. This communication means that gut microbes can effect the behavior of the host. In mice, the bacteria Mycobacterium vaccea, which is found abundantly in dirt, seems to produce decreased anxiety, decreased depression, and increased ability to deal with stress. Also in the lab, mice given antibiotics to reduce gut microbes became aggressive. When the gut microbiome was restored, the aggression ceases. Studies on humans show that people taking probiotics containing Lactobacillus and bifidobacterium experienced significant reduction in stress and anxiety symptoms.

9. Your Gut Effects Your Weight

Americans, as a group, seem to struggle with maintaining a healthy weight. Part of the problem is simply overeating, or eating the wrong foods, but some of the problem may an imbalance of the gut microbiome. Researchers have discovered that the microbiome of thin animals (including humans) is drastically different than that of overweight animals. In lab tests, mice with the microbes most associated with being overweight not only ate more often than mice with the microbes of thin mice, but they also ate significantly more at each feeding session. The mice seemed unable to control their eating. We’ve all heard of Metabolic Syndrome; it’s symptoms are increased belly fat, high blood pressure and Diabetes 2, or Pre-Diabetes, it could also be caused or made worse by an imbalance of gut bacteria. The hormones that control appetite are made in the brain. Corticosteroid production can change the amount and type of microbes that live in your gut, and at the same time the microbes in your gut influences the corticosterioids that are produced.

10 The Foods You Eat Effect Your Microbiome

I’ve only touched the surface here of the importance of managing gut bacteria, but it’s clear that what grows in your intestines effects every aspect of health from weight, to food cravings, mood to how often you get sick. Certain foods encourage overgrowth of harmful bacteria. Sugar, for example feeds yeast and other microbes that damage health. The fiber from vegetables, some grains, and some fats feed the bacteria you want and at the same time starve the bacteria you don’t want.

Good resources for learning about how microbes effect your gut include the Coursera class Gut Microbes: Exploring Your Microbiome and the website American Gut. If you want to learn what is in your gut, check out The Human Food Project. This is a crowd sourced project that studies samples sent in by volunteer participants. The goal of the project is to learn more about how microbes impact the health of humans.