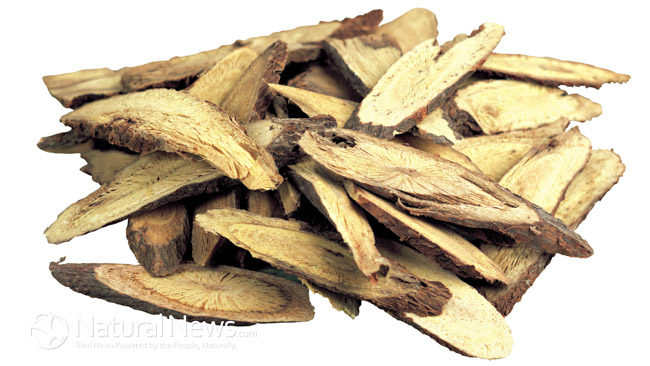 Especially with the cold and flu season and the winter now looming on the horizon, it is important to take care of the respiratory tract. Below are herbs that have a proven track record of promoting respiratory help and of healing damaging lungs or other tissues.

Licorice root is widely used in Traditional Chinese Medicine and is thought to be good for the respiratory tract because it is both soothing and cleansing to the linings of the nose, throat, and lungs. It is also a natural expectorant and will help loosen and eliminate phlegm.

This herb has been used by Native Americans as a lung tonic for thousands of years. It is also soothing to the mucous membranes of the respiratory tract and has been shown to help with conditions like asthma and bronchitis.

When cannabis is vaporized and inhaled, many of its unwanted side effects can be prevented. It has the ability to stimulate the body’s immune system to fight off infection and disease (including respiratory infections) and is also a natural bronchodilator, opening up air passages.

This herb, native to the Rocky Mountains, was another one commonly used by Native Americans for lung health. Largely because of its high amounts of camphor, osha root helps to increase circulation to the lungs and make it easier to breathe deeply.

Thyme is a great herb for treating chest congestion and its antimicrobial properties help to eliminate viruses, fungi or bacteria that have invaded the respiratory tract. It has been used as a lung remedy from ancient times.

The carvacrol and rosmarinic compounds contained in oregano help to decongest naturally and also have antihistamine properties to bring down swelling, irritation and inflammation in the respiratory tract. Oregano is also a natural antibiotic.

Lobelia contains an alkaloid called lobeline, which is able to help with chest and sinus congestion by thinning the mucous and making it easier to expel. It also is able to relax the airways, which makes it easier to breathe.

This is yet another herb long used by Native Americans to help with respiratory tract health. It not only helps to clear out excessive phlegm and mucous, it is also a natural antibacterial and can help prevent or treat ailments like bronchitis and other bacterial infections.

Although it is native to Australia, eucalyptus is used all over the world for its respiratory benefits. These are due to a component called cineole, which is a natural expectorant and can soothe down coughs and help clear congestion of the airways.

Herbalists use extracts from the mullein plant to help reduce inflammation of the airways, clear the respiratory tract of phlegm and mucous and clean out accumulations in the bronchial tubes. It is an excellent herb for general strengthening of the lungs.

So this cold and flu season, consider the use of some of the herbs listed above to help prevent or treat the respiratory infections which are, unfortunately, so very common at this time of year.