10 Nutrients Not Provided By Animal-Based Foods 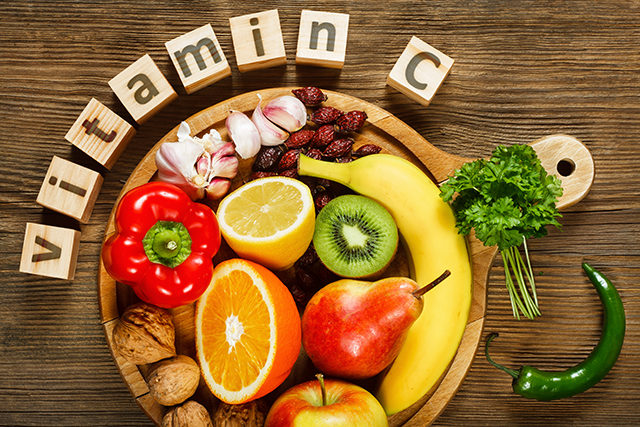 Many people today especially children and teenagers eat more meats compared to that of their ancestors in olden days. At the same time, they eat less and less plant-based foods especially vegetables and fruits.

There are differences between animal-based and plant-based foods in term of their nutritional value.  We also learn in schools that many nutrients are specific to either animal or plant foods.

Undoubtedly, meat sources such as beef, chicken, and lamb are loaded with many vital nutrients, however, eating these animal-based foods without eating plant-based foods (or lacking) over time can result in negative health consequences to your body.

The followings are the lists of 10 common nutrients that are difficult or impossible to get from animal foods.

Cooked animal foods usually contain all useful amounts of essential vitamins except vitamin C. It is a potent antioxidant and a cofactor for many enzymes in your body.

Vitamin C is involved as a co-factor in making collagen which is a protein family that glues your cells together.

Vitamin C deficiency can cause scurvy which not only causing your lips to crack but can cause heart arterial plaque or atherosclerosis. This relationship between atherogenesis (the plaque formation) and lack of vitamin C is seldom discussed by mainstream medicine and the media.

Collagen also is involved in bone matrix formation and maintenance. Lack of vitamin C especially in the elderly. is thought to cause unstable bone structure which some experts call it “scurvy of the bone.” This view is contrary to popular belief, which says osteoporosis is characterized by bone loss.

Studies have indicated several benefits of high vitamin intake, including:

Vitamin C helps your body to better absorb iron from a meal which can reduce the risk of anemia in people in those prone to iron deficiency.

Animal food diets usually don’t deliver enough vitamin C for which people who eat only animal foods need to get it from fruit, vegetables, fortified food or supplements.

Flavonoids are the most common antioxidant phytonutrients (plant nutrients) which are found in almost all plant foods. They are also found to act as anti-inflammatory and anticancer.

The many benefits of eating fruits and vegetables may be attributed to their flavonoid content.

Studies have indicated that flavonoid-rich diets may impart many health benefits, including:

Being one of the most common flavonoids, high intake of which has been associated with lower blood pressure and a reduced risk of heart disease.

Catechins are polyphenolic bioflavonoids. (+)-catechin and epicatechin are the most abundant catechins found in plants.

They have been associated with reduced blood pressure, improved blood vessel function and lower blood cholesterol.

Many fruits and beverages are loaded with catechins, major sources of which include apples, pears, apricots, peaches, grapes, tea, and cocoa.

Hesperidin is a naturally occurring bioflavonoid, a phytonutrient with antioxidant properties. Hesperidin and other similar bioflavonoids are commonly referred to as vitamin P, however, they are not actual vitamins.

Animal studies have indicated that hesperidin may help prevent heart disease and cancer.

You can get hesperidin and other bioflavonoids in your diet by consuming lemons and oranges where the peel and membranes contain the highest concentration. It is also found in grapefruit, plums, apricots, bilberry, green and yellow peppers, broccoli, and whole grains, such as buckwheat.

Cyanidin is the most common anthocyanin. It is an antioxidant pigment responsible for the bright colors of many fruits and vegetables. It has a characteristic reddish-purple color, though this can change with pH.

Studies have indicated that anthocyanins may reduce the risk of heart disease, however, the evidence is still very limited.

Cyanidin is found in colorful fruits and vegetables, including many red berries, bilberry, grapes, blueberry, blackberry, cherry, elderberry, cranberry, loganberry, hawthorn, acai berry, and raspberry. It is also found in apples and plums, and red cabbage and onion.

Consumption of dietary fiber is believed to impart many health benefits to humans.

Dietary fiber or roughage is the indigestible parts of plants which is divided into two main components: soluble fiber and insoluble fiber.

Studies have demonstrated that high fiber intake is associated with many health benefits that include:

The followings are five types of a dietary fiber shown to have beneficial effects to humans.

Beta-glucan, the most widely studied types of fiber, is a viscous fiber that has been associated with many health benefits.

Being an effective prebiotic, it ferments in the colon where it promotes the growth of beneficial bifidobacteria, hence may lead to improved colon health.

Oats and barley are the richest sources of beta-glucan. Lower amounts are found in whole rye, sorghum, wheat, and rice grains.

As prebiotics, pectins help promote the growth of beneficial microbiota in the colon.

They may also be useful in the dietary management of chronic diarrhea and moderating blood sugar levels after meals. Studies have also suggested that pectins may help prevent colon cancer.

The main dietary sources of pectins are fruits, such as citruses, apricots, guavas, apples, plums, bananas, and various berries. Ther are also found in vegetables such as carrots, beans, potatoes, peas, parsnip, and green beans.

Inulins belong to a class of dietary fiber known as fructans.

Inulin and other fructans have been found to act as prebiotics which promotes proper beneficial bifidobacteria diversity leading to better colon health.

A randomized controlled trial involved constipated women who take 15 g/day suggests that inulin may help ease constipation. At the same time, the study authors also found that inulin may possibly impart additional protective effects on gut microbiota by decreasing the amounts of pathological bacteria of the Clostridium genera.

Another study has shown inulin may potentially be beneficial to help increase calcium absorption.

Natural sources rich in inulins include banana, agave, jackfruit, garlic, chicory, burdock, dandelion, globe artichoke, elecampane, Jerusalem artichoke, among others. A ripe banana (about 4 oz, 118 g) can contain as much as ½ oz (about 14 g) of inulin.

In some people, inulin can cause side effects such as flatulence and bloating.

Unlike other dietary fibers which are made of carbohydrates, lignans are polyphenols.

In the colon, they are fermented by microbiota which turns lignans into phytoestrogens, subsequently absorbed into the bloodstream.  Studies have demonstrated that phytoestrogens may possibly impart several health benefits, including a reduced risk of heart disease and breast cancer.

Lignans are found in most plant foods, the richest dietary sources of which are seeds (especially flaxseed) and cereal grains

Resistant starch is converted to several short-chain fatty acids (acetate, propionate, and butyrate) by microbiota in the colon, thus improving colon health. Its prebiotic effects (possibly via butyrate) are believed to be protective against colon cancer.

It may increase satiety and moderate blood sugar levels after meals.

Last But Not Least

Animal-based diet (especially in its raw forms) can be healthy, however, it lacks many vital nutrients that are only offered by plants.

Many experts believe that a balanced diet consist of both plant and animal-based foods have many advantages, therefore, adopting a balanced diet that includes both may be a good idea to help you achieve optimal heath.

Luv Aesya is a homemaker and has realized that she needed an outlet for her natural health knowledge and creative energy and decided to write.......