10 Most Frequently Asked Questions On Alzheimer’s 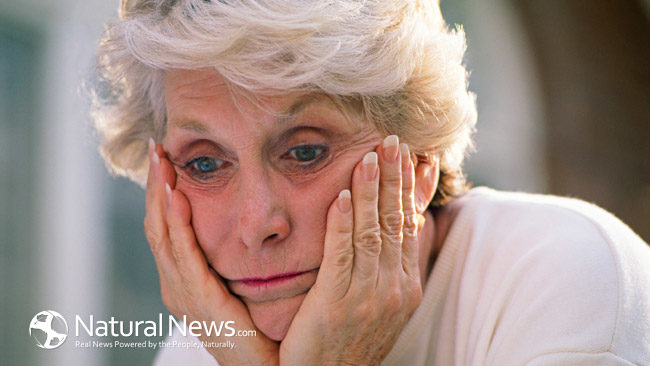 Recent studies have made it possible to understand Alzheimer’s disease comprehensively and a lot of research is still being carried out to effectively diagnose and treat the disease.

Here are some FAQ’s that you may have if you or a loved one is at risk or is suffering from Alzheimer’s:

1. What is Dementia? Is it the same as Alzheimer’s disease?

Though Alzheimer’s accounts for almost 60-80% of cases of dementia worldwide and is often used synonymously with it, dementia is not a disease and also not a natural part of aging. It’s an umbrella term that describes a large group of symptoms that are caused by diseases that affect the brain.
Dementia is a progressive condition in which damage to nerve cells in the brain gradually becomes worse. When nerve cells die, they usually cannot be replaced so the brain begins to shrink. Common symptoms include memory loss, loss of physical co-ordination,weakened alertness, problems in language and vision depending on the part of brain affected. Sadly, there is no known cure for dementia and many of the diseases that lead to it are usually terminal.

2. What happens to the brain in Alzheimer’s?

The hallmark of Alzheimer’s disease is the formation of plaques and tangles in the brain. These structures are made up of two key proteins- amyloid and tau. In healthy cells, amyloid is removed. However, during Alzheimer’s, amyloid (that is toxic) accumulates forming plaques on the outside of nerve cells. In healthy cells, Tau is vital for transporting nutrients between the cells. An abnormal version of tau is produced, in Alzheimer’s that does not function correctly and forms tangles in the brain cells disrupting nutrient transport leading to death of cells. Also, there is loss of connection between the brain cells. The damage appears to take place in the hippocampus, the part of the brain associated with forming short term memories. Later on, other parts of the brain including the cerebral cortex or the ‘gray matter’ are affected and older memories disappear.

3. What is MCI? Does it lead to Alzheimer’s?

Mild cognitive impairment can be considered as a risk factor for dementia, just like hypertension, and is usually common in older people with memory and other thinking, reasoning or imagining problems.
It may or may not lead to Dementia/Alzheimer’s. People with MCI are often able to lead normal lives and take care of themselves. However, it is advisable to see a doctor if forgetfulness disrupts normal routine.

4. How common is Alzheimer’s?

Alzheimer’s is the sixth leading cause of death in the U.S. About 5 million suffer from it and the number is on the rise. According to recent statistics it may be the third largest cause next only to heart disease and cancer in older people. Hence, Alzheimer’s disease awareness month is also observed worldwide in order to create awareness about this disease and take concrete steps towards ending Alzheimer’s.

5. Is it a disease of aged people?

Though Alzheimer’s is common in older people, usually 65 and above, but it can also appear in younger people, and is called early onset or younger-onset Alzheimer’s, which can appear when the person is in his 40s-50s. The cause of the latter kind of Alzheimer’s is thought to be a mutated gene.

6. What is the life expectancy of a person suffering from Alzheimer’s?

The course of the disease from its diagnosis to death varies from person to person. On an average,it can vary from around 3-4 years for a person above 80 to around 10-15 years for younger sufferers depending on their age and other medical conditions.

7. What are the risk factors?

Though the exact cause of Alzheimer’s remains a mystery, experts believe it to be a combination of genes and other risk factors some of which can be prevented. The risk factors that are not in our control include age, heredity and family history. There is a strong connection of a person developing Alzheimer’s with two types of genes- risk genes and deterministic genes.
Some risk factors that can be altered include lifestyle habits, head injuries, social activity and intellectual level.

Conditions like high blood pressure, high cholesterol and diabetes that can lead to cardiovascular diseases are also known to be risk factors for Alzheimer’s.
People who suffer a serious head injury especially if it leads to loss of consciousness at a higher risk

8. What are some of the preventable measures?

A healthy diet-preferably low in saturated fats, salt, sugars and high in fresh fruits, vegetables and whole grains may prove beneficial. It is strongly recommended to keep your weight in check by regular exercising, avoiding smoking and alcohol consumption.
Exercise and relax your mind by meditation, intellectually stimulate it, and remaining socially active.
Fall-proof your home and wear a helmet when playing and seat belts while driving.

9. What are the warning signs of Alzheimer’s?

10. Is there any treatment for Alzheimer’s?

Unfortunately at present, there is no treatment for Alzheimer’s.Although the disease cannot be cured or stopped from progressing, the symptoms and risk factors can be controlled using medication.

There are medicines that provide temporary relief or diminish symptoms like

Research is being carried out to find new drugs and treatments to slow down, delay or prevent Alzheimer’s. Maintaining a day-to-day activity calendar and noting down safety measures, written directions and other important information can be useful.