The 10 Commandments for World Government 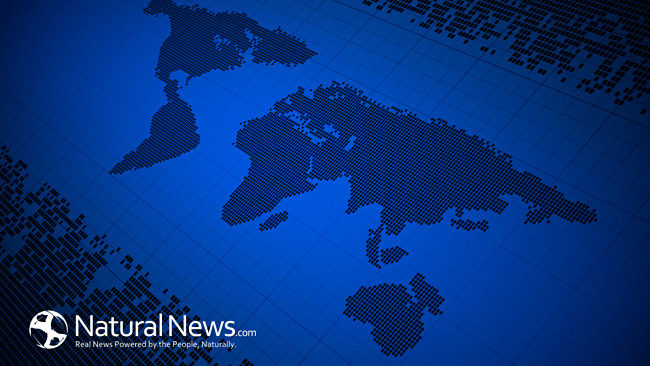 The 10 Commandments for World Government
Erected on March 22nd, 1980 in Elbert County, GA six granite slabs stand at 19’3” high with the sixth slab placed directly above the other five. What is most unique about these granite slabs is a lot of money was spent to have them erected and engraved and little to no clues are left behind as to who financed this operation. Engraved on the granite slabs are 10 commandments. 10 commandments in eight modern languages and in four ancient languages. These languages include English, Spanish, Swahili, Hindi, Hebrew, Arabic, Chinese, Russian, Babylonian, Sanskrit, Classical Greek and of course Egyptian hieroglyphics.

The six granite slabs are complete with an astronomical calendar and even a time capsule with a date of breach that is solely left up to those who can decipher the astronomical coding. As well as the six granite slabs are so large that they weigh in at 237,746 pounds. So large that they are thought to be able to withstand any natural or man-made disaster being left to be read only by survivors of such an event. With time these six granite slabs, this monument, has become to be known as ‘The Georgia Guidestones’ as well as ‘American Stonehenge.’

The 10 Commandments
As mentioned before there are 10 “commandments” engraved on the Georgia Guidestones / American Stonehenge in eight languages and in four ancient languages. These 10 commandments read as follows:
1. Maintain humanity under 500,000,000 in perpetual balance with nature.
2. Guide reproduction wisely – improving fitness and diversity.
3. Unity humanity with a living new language.
4. Rule passion – faith – tradition – and all things with tempered reason.
5. Protect people and nations with fair laws and just courts.
6. Let all nations rule internally resolving external disputes in a world court.
7. Avoid petty laws and useless officials.
8. Balance personal rights with social duties.
9. Prize truth – beauty – love seeking harmony with the infinite.
10. Be not a cancer of the Earth – Leave room for nature. Leave room for nature.

Controversy the Georgia Guidestones / American Stonehenge
The most suspicious and peculiar fact that leads to most of the controversy of the 10 commandments left on the Georgia Guidestones or American Stonehenge is the knowledge behind such a finance operation and the fact that they worked so hard to remain anonymous. As well as the stones were designed and built to withstand a monumental amount of stress as if the financiers knew that either a cataclysmic event from outside this planet is upon us or that we may be bringing ourselves upon our own near destruction and they may have their hands in the events to come. Either way it is almost safe to say that the financiers of this project “knew” something we common folk do not.

A lot of people do not agree nor take what the commandments pose against them lightly that live in the area of Elbert County, GA where the monument stands. Quite often vandalism occurs on the stones in red paint that totes against the NWO, New World Order, as well as against the Rothschild banking cartel and against proponents for world government such as the U.N. Although security cameras have been added and security personnel can be found patrolling the monument from time to time vandalism still regularly occurs at the Georgia Guidestones and American Stonehenge.