10 Best Herbs for a Healthy Pancreas 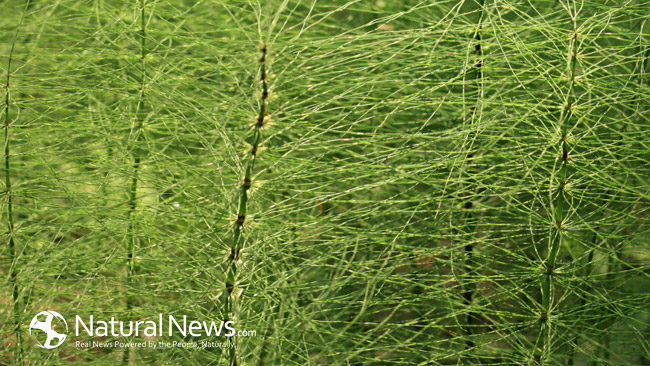 Many people are not even sure of what their pancreas does, but its role in the body is very important and its job is twofold: it produces enzymes which helps the digestive system to break down fats and it also produces insulin, a hormone which allows the body to regulate blood sugar levels. Thus, it is vital to both the digestive and the endocrine system and when something goes wrong with it – such as diabetes, pancreatitis or pancreatic cancer, the results can be serious or fatal. Below are 10 of the best herbs that can help preserve pancreatic health.

Horsetail is a rich source of silica, which can help revitalize tissues that have been damaged through inflammation associated with pancreatitis. It has also been shown to have antidiabetic properties through its ability to help the regenerative process.

Rich in anti-oxidant phenols, oregano has the ability to modulate disorder like diabetes that are often the result of oxidative damage. Studies from the University of Massachusetts have shown oregano’s potential to manage blood sugar control even in the long term.

Haritaki is part of an herbal formulation called triphala, which has been shown in studies to have the ability to prevent or slow the formation of pancreatic cancer cells and it is believed that it can kill these cells of naturally and without side effects.

Calendula extract has been studied for its ability to inhibit a wide variety of cancer cells, including pancreatic cancer; it appears to be able to do this through strengthening the immune system through the activation of lymphocytes.

Dandelion contains compounds which have also been shown to be effective in the aggressive treatment of pancreatic cancer cells and can fight against them without appearing to damage healthy cells, always a consideration in cancer treatments.

This herbs supports pancreatic health by stimulating both the pancreas and gall bladder as well as the stomach. This stimulation results in increased secretion of bile, digestive juices and pancreatic enzymes which in turn help aid digestion.

Goldenseal has long been valued for its ability to help stimulate the beta cells of the pancreas to make more insulin and thus lower blood sugar levels in diabetics and promotes overall better pancreatic function.

Nutrient-rich cedar berries have been studied due to their ability to improve pancreatic function and to help stabilize the blood sugar, making it an excellent natural treatment for diabetes. It has also been shown to improve overall digestion.

Olive leaves contain a compound called oleuropein, which can help reduce inflammation of the pancreas and thus the pain and swelling which is associated with pancreatitis. It also helps protect against oxidative damage.

Traditional Chinese Medicine practitioners have long used licorice to promote health pancreatic functioning. One of the ways it helps is to reduce the inflammation, irritation and pain associated with pancreatitis.

A healthy pancreas is vital to overall health and problems with this organ and lead to issues which effect the entire body. However, many of these herbs can help reduce damage and inflammation of the pancreas and even give relief to diabetics through pancreatic stimulation and management of blood sugar levels.