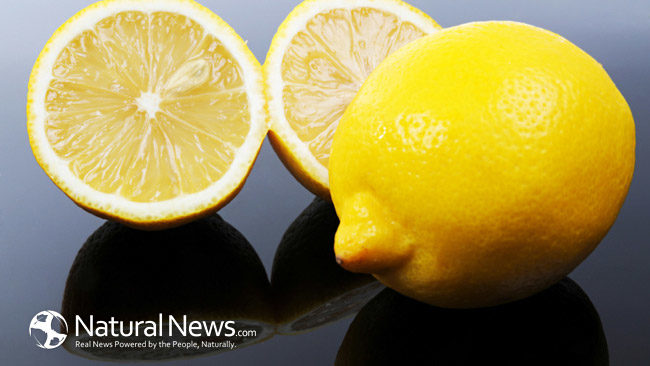 Microbes are pathogenic organisms that tend to make us sick. Your body works all day every day fighting off these microbes in order to keep you healthy. That is why you have an immune system! Sometimes however the immune system needs a little help.

Many herbs and oils are natural antibacterial agents, in fact this category is so broad that we can only list some of the more prominent antibacterial herbs here. Many herbs may be used as teas and skin washes, herbal oils, and salves to help heal infections.

Lemons – Lemons contain two compounds called coumarin and tetrazine, both of which can help fight against several pathogens. Lemons have protective effects both inside and outside the body.

Pineapple – Pineapple contains an enzyme called bromelain, which is helpful for digestion but is also anti-microbial. It has been used as a mouth wash to kill invading cells in the mouth and throat.

Turmeric – Turmeric has some of the most reliable scientific backing when it comes to its anti-microbial power. It has studies to prove its effectiveness against Bacillus cereus, Bacillus coagulans, Bacillus subtilis, Staphylococcus aureus, Escherichia coli, and Pseudomonas aeruginosa. The compound that lends the bright orange colour to turmeric is the same compound that gives it its anti-microbial power.

Honey – Honey was actually one of the first anti-microbial medicines the be used long before pharmaceuticals were around. Honey contains an enzyme that releases hydrogen peroxide, which effectively kills off certain kinds of bacteria. Make sure that your honey is raw and unprocessed. Pasteurized honey will not have the same effect.

Cabbage – A member of the Brassica family of veggies, cabbage has been used as a treatment for a plethora of ailments. It has cancer fighting properties, as well as a high vitamin C content which we all know boosts our immune systems and helps us to fight off foreign invaders. Cabbage juice is also an effective remedy for stomach ulcers.

Garlic – Garlic is one of the most powerful anti-microbial foods you can eat. It contains several components that will fight against yeast, fungus, worms and even candida overgrowth.

Ginger – The compound in ginger known as gingerol has been shown to help fight infections, specifically those in the mouth.

Fermented Foods – Fermented foods carry all of the benefits of their raw components, as well as the proactive antimicrobial component of probiotics. These good bacteria are a large part of your bodies defence arsenal.

The body is a miraculous machine and when properly maintained, it will fight off infections without assistance. Even when an extra boost is needed, we needn’t run to the doctor for a prescription. Instead, rely on natural antibiotics and healers to help maintain optimal health.

The Peach: 16 Healthy Facts, Calories And Other Nutritional Facts