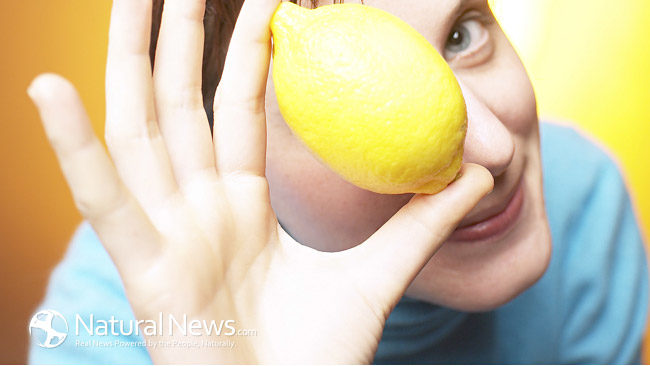 Natural remedies for bacterial infections like certain foods and herbs are important to include in your diet. It’s a way to be proactive and protect yourself from getting sick.

In Ancient times honey was used on wounds to help heal and prevent infection or garlic was also a well-known remedy to ward off infections. Western medicine started using conventional antibiotics and discharged natural and medicinal plants, but with the growing fear of the overuse of antibiotics and drug resistance bacteria we are now returning to the old ways of using plants and looking to Nature for some answers.

Symptoms of bacterial infection
Symptoms can be similar to viral infections. Typically, you may experience the following, all indications that your immune system is trying to rid the body of infectious organisms:

Lemons
Lemons contain two compounds called coumarin and tetrazine, both of which can help fight against several pathogens. Lemons have protective effects both inside and outside the body.

Pineapple
Pineapple contains an enzyme called bromelain, which is helpful for digestion but is also anti-microbial. It has been used as a mouth wash to kill invading cells in the mouth and throat.

Garlic
Garlic is one of the most powerful anti-microbial foods you can eat. It contains several components that will fight against yeast, fungus, worms and even candida overgrowth.

Turmeric
Turmeric has some of the most reliable scientific backing when it comes to its anti-microbial power. It has studies to prove its effectiveness against Bacillus cereus, Bacillus coagulans, Bacillus subtilis, Staphylococcus aureus, Escherichia coli, and Pseudomonas aeruginosa. The compound that lends the bright orange colour to turmeric is the same compound that gives it its anti-microbial power.

Honey
Honey was actually one of the first anti-microbial medicines the be used long before pharmaceuticals were around. Honey contains an enzyme that releases hydrogen peroxide, which effectively kills off certain kinds of bacteria. Make sure that your honey is raw and unprocessed. Pasteurized honey will not have the same effect.

Pomegranate
Pomegranate is another powerful antibacterial with antioxidant properties that can help prevent bacteria from latching onto the walls of your bladder. Pomegranate is rich in vitamin C which helps boost your immune system and fight off infections–including urinary tract infections.

Cabbage
A member of the Brassica family of veggies, cabbage has been used as a treatment for a plethora of ailments. It has cancer fighting properties, as well as a high vitamin C content which we all know boosts our immune systems and helps us to fight off foreign invaders. Cabbage juice is also an effective remedy for stomach ulcers.

Ginger
The compound in ginger known as gingerol has been shown to help fight infections, specifically those in the mouth.

Echinacea
Echinacea is a potent herb possesses the ability to destroy the most virulent bacteria such as Staphylococcus aureus which causes deadly MRSA.