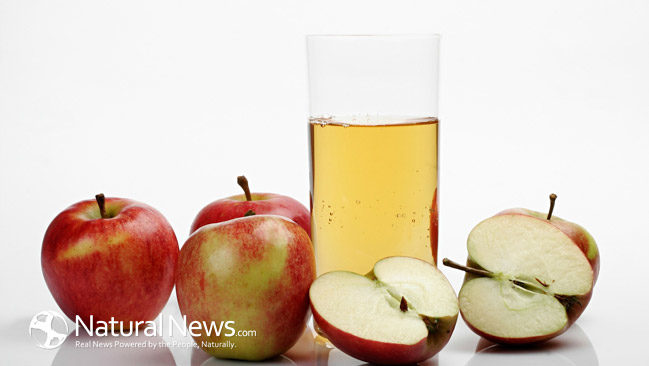 The New Year is always a motivator for a new diet and a change in lifestyle choices. While many seek out the latest paleo diet fad or vegan slim treat, I wanted to write about getting back to the basics. Real wholesome good foods, you know the “basics”. The food your Grandmother had fully stocked in her pantry at all times ready to feed an army of at least a hundred. To many who know me, the “basics” in my mind are considered “organic” to the general public. I really struggle with this argument. Since when did fresh milk from a cow become “organic”? Why is my vegetable patch considered the “organic” choice simply because I refuse to poor chemicals all over my food before eating it? As a society we need to rethink our ideas about food and healthy choices. So let’s take an item off Grandma’s pantry list of good, wonderful, wholesome, “must have’s” in your life and review them for 2015. First off the list is apple cider vinegar. How is apple cider vinegar, a good wholesome, “must have” in your pantry?Here are the top ten reasons why apple cider vinegar is a benefit to a new healthy you in 2015.

Assists in the fight against diabetes

The growth in diabetic diagnoses is alarming according to the National Diabetes Statistics report of 2014, 29.1 million people in the United States are living with this condition. That’s 9.3% of the population. Medical studies have found that apple cider vinegar may help to lower glucose levels, making it a beneficial treatment for people with type 2 diabetes. The idea of drinking a shot of apple cider vinegar every day is big turn off, some great ways to enjoy this super food, why don’t you try adding apple cider vinegar to your salad dressing, sautéing with fresh greens, adding to au jus with your Sunday night roast. The options are endless.

Helps prevent the need to snack all day

After a holiday of eating and eating and eating and still more eating, apple cider vinegar can help get your appetite back on track. Everyone has heard or tried the apple cider vinegar diet. This old hat has been around forever. Why does everyone know about and why has it been around forever? Because, it works. Studies have found that people felt fuller and more satisfied for longer after eating bread with apple cider vinegar, as opposed to eating bread on its own. The magic ingredient in all vinegars that can suppress appetite is believed to be acetic acid, which helps to reduce the glycemic index of foods, slowing the rate at which sugars are released into the bloodstream and lessening appetite

The dreaded C word when coming to grips with your eating always rears its ugly head when the Doctor says, let me check your cholesterol levels. With apple cider vinegar the anxiety of these test results can be put to rest. According to women’s health and fitness apple cider vinegar over an eight-week period can significantly reduce harmful blood lipids which are the key contributors to contribute to high cholesterol and triglyceride levels in people who suffer from hyperlipidemia (too many fats in the blood).

Helps to slim your waistline

As mentioned before many people swear that apple cider vinegar has helped them lose weight. Scientific evidence has shown over and over again that 30ml of acetic acid – the major component of vinegar – diluted in water daily for 12 weeks experienced significant decreases in body weight, abdominal fat, waist circumference, and triglycerides (a type of fat in the blood).

Many apple cider vinegar users attest to the fact that it works wonders for their hair, making it glossy, shiny and dandruff-free. Even popular beauty blogs suggest adding one part vinegar to one part water and in place of your regular conditioner – that is, apply it to your hair and let it soak in for between five and 15 minutes before rinsing.

Protecting your family from harsh environment irritants like dust can be difficult. Most would be branded “organically labeled” cleaning products can’t seem to do the job. Another known use for this wonder-worker is in the conditioning of wood. A concoction of half a cup of any vegetable oil with half a cup of apple cider vinegar is said to create a furniture polish that will clean and treat wooden furniture and surfaces, and remove water stains.

Taken before each meal, apple cider vinegar improves digestion and is particularly beneficial for people with stomach issues such as reflux, bloating and indigestion. She suggests using it either to make a salad dressing or taking one teaspoon with water before each meal.

Tones, clarifies and clears the skin

Apple cider vinegar can give credit to toning, and cleaning skins health. Supporters say it can be used as a toner (one part vinegar to two parts water), and left on overnight to fade age spots and acne. Others have sung its praises for keeping skin clear when ingested as a tonic

I can personally attest to its wart-zapping powers. The predominant method used by supporters is as follows: Each night before going to bed, soak a cotton ball in apple cider vinegar, apply it to the wart and keep it in place with a sticking plaster. Leave it on all night – 24 hours a day if possible – for a week, changing the dressing each evening. The wart may swell and throb, then start to turn black within the first two days, and disappear completely after a week or two.

Works as an all-purpose cleaner for your home

If you’re concerned about spraying harsh chemicals around your family don’t. Apple cider vinegar can gently clean and disinfect household surfaces: Mix one part vinegar to two parts water, plus a few drops of tea tree oil for its antibacterial qualities.

Fitnessgeek is an avid health enthusiast and blogger. You can read more of his work at: